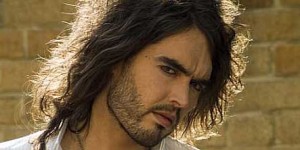 Russell Brand has announced a FINAL trio of shows to bring the curtain down on his hugely popular Scandalous Tour in what will be the LAST CHANCE to see the explosive and thrilling show LIVE.

The three shows are in support of Focus12 charity, which deals with all aspects of addiction and helped Russell overcome his past addiction problems. Russell has been a patron of Focus12 since 2005.

Russell also releases his third DVD Scandalous Live At The O2, November 9th. The highly-charged set was recorded at Russell’s sold out O2 show to an 18,000 strong audience, April 17th. He rolls out two hours of boundary pushing, fantastically original material, confronting ideas that others would never dream of voicing. 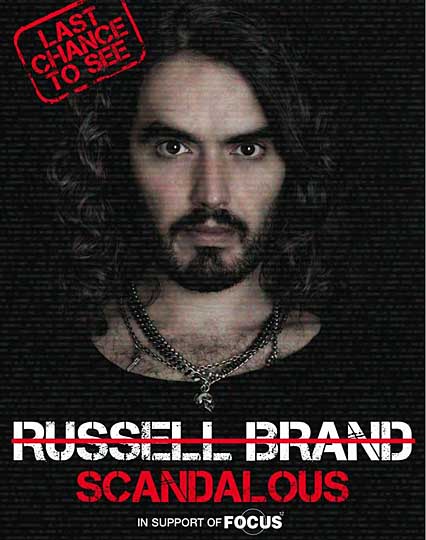 Brand, who won Best Live Stand-Up Performerat 2008s British Comedy Awards, kicked off his critically acclaimed 30-date Scandalous Tour back in January. It was also brought to Australia for four performances and New York as part of a one-hour special for Comedy Central.
www.russellbrand.tv