Rush â€“ Geddy Lee, Alex Lifeson, Neil Peart — is without question one of the most inventive and compelling groups in rock history, equally famed for both its virtuoso musicianship and provocative songwriting.

Rush is one of rockâ€™s most influential bands, ranking third for most consecutive gold and platinum albums behind The Beatles and The Rolling Stones. 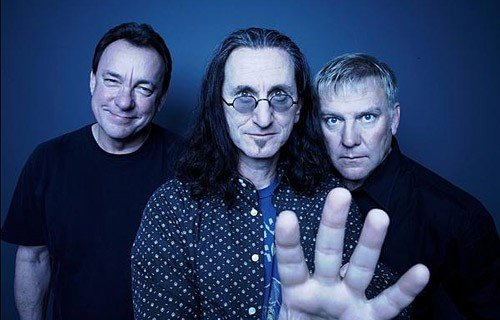 The band has engaged legions of devoted fans over the decades and is admired by generations of musicians.

The Time Machine tour is an evening with Rush, where they will perform their classics, give a taste of the future and will â€“ for the first time ever in Irelandâ€“ feature the Moving Pictures album live in its entirety. 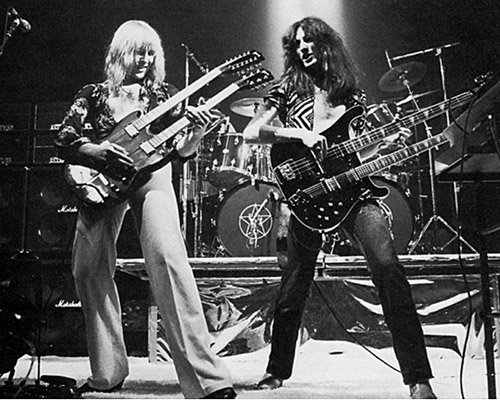 The North American leg of the tour kicked off in June of 2010 and led to Rush ranking #1 on Billboardâ€™s â€œHot Toursâ€ chart, followed by a return to Brazil and first-time shows in Argentina & Chile on their South American tour this past fall, all the while rabid demand warranted extending the tour to Europe.

â€œMoving Pictures is our most popular album and itâ€™s the one that seems to have passed the test of time most gracefully,â€ observes singer/bassist Geddy lee.

â€œWeâ€™re playing better than ever, and Iâ€™m not sure weâ€™re quite ready to put that tour away,â€ he adds.

Released in 1981, Moving Pictures is the bandâ€™s most successful album, certified 4x Platinum and features some of Rushâ€™s most well known songs and perennial radio favourites such as Tom Sawyer, Limelight and the Grammy-nominated instrumental YYZ. In September 2010, Eagle Vision released â€œ2112 & Moving Pictures â€“ Classic Albumsâ€ on both DVD and Blu-ray as part of their celebrated Classic Albums series.

The band has released two new songs from the forthcoming album, â€œBU2Bâ€ and â€œCaravanâ€ (parts I and II from Clockwork Angels) which are featured live in the Time Machine Tour setlist. Both tracks are available now as digital downloads.

Inducted into the Canadian Songwriters Hall of Fame this past March alongside Joni Mitchell, Leonard Cohen, and the Guess Who, Rush has also been nominated for multiple Grammy awards and won a number of Juno Awards.

They were inducted into the Canadian Music Hall of Fame in 1994 and bestowed the Order of Canada in 1997. Consistently celebrated and respected worldwide, Rush is the most successful Canadian rock band of all time and they remain one of the biggest grossing arena rock bands ever.

Earlier this month, Rush received the Legends of Live award at the Billboard Touring Awards in New York City.

This was followed by Rush receiving the Living Legend award at the 2010 Classic Rock Awards in London (the first time this award has ever been presented to a band, previous recipients include Jimmy Page, Ozzy Osbourne and Alice Cooper).
www.rush.com
Rush
Time Machine Tour
The O2, Dublin
Thursday 12 May, 2011
Doors: 6:30pm
Rush On Stage: 8.00pm sharp.
A 3 1/2 hour show. No Support (30 min intermission)
Tickets from â‚¬57.80 including booking fee
On sale Friday 26th November at 9.00am from: Ticketmaster
In person: From 100 Ticketmaster Outlets Nationwide
By Telephone (24 Hour):
ROI – 0818 719 300, Northern Ireland – 0844 277 44 55
Book On Line: www.ticketmaster.ie