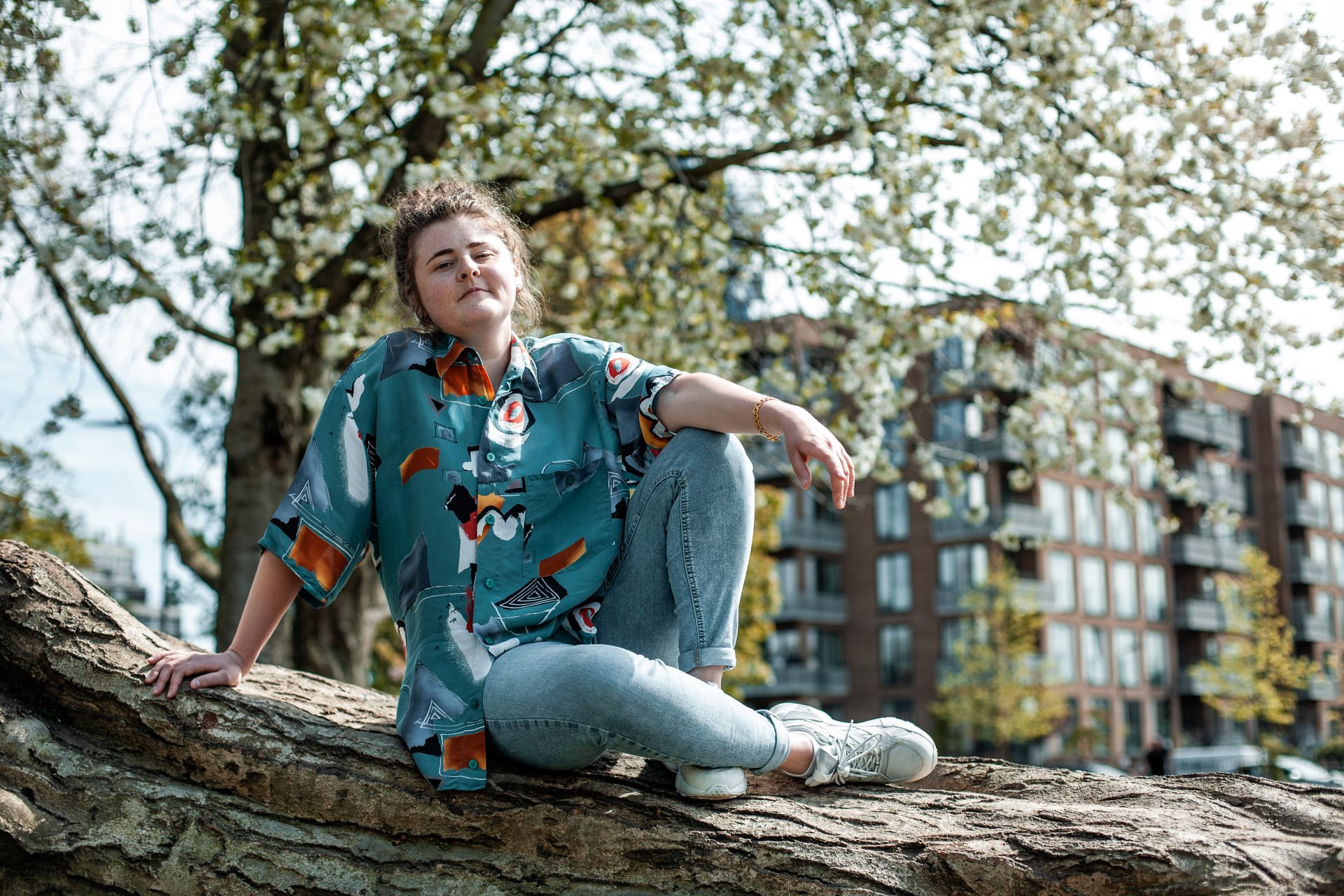 London-based, Queer pop artist Runrummer answers our QFQs and drops a slice ofsynth-pop bliss with the new tune Nightcaller, lifted from her forthcoming EP Outer Space released on 8th October, coinciding with a series of shows across the UK this autumn.

Gorillaz – Demon Days. I played that thing on repeat on my Sony Walkman for years.

Gorillaz! I love the way they are able to combine indie with electro and create such strong emotions through their music. Lately, I’ve also been hugely inspired by Clairo, both her albums Immunity and Sling.

I am hugely inspired when traveling in mundane places like the bus or the tube in London. These are some of the times when I write the most music and think a lot about different songs.

Tell us about your single ’Nightcaller’?

When I first wrote this song it was on my old battered guitar and imagined in the style of Arctic Monkeys. But there was one day in the studio when me and my co-producer Rob Daniels were feeling really sad, so we decided just to have fun with it and go totally left field. We both adore old-school 80s synthwave / retrowave / vaporwave so naturally, we went down that route and this song was the output. I remember we listened to a lot of Android Automatic in that session, and you can definitely hear those influences in the song.

I’ve got a 5-date tour across the UK in September/October, my third EP ‘Outer Space’ comes out on 8th October, and I’m working on my debut album to release in 2022.