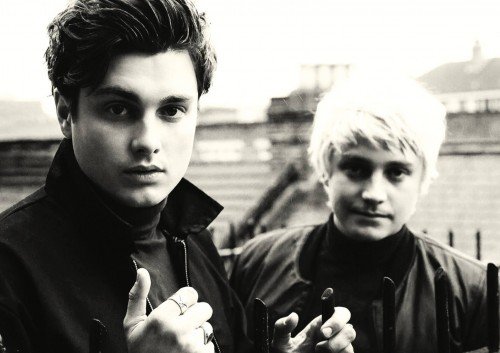 Ruen Brothers Scunthorpe siblings Henry and Rupert Stansall, who moved to London a year ago, got a massive response with their song ‘Aces’ in January. ‘Blood Runs Wild’ is their strong new single, out 4th November via Island Records.

“We sweated it out, we’ve done some of the roughest gigs,” says Henry.
“I think growing up in a town like Scunthorpe, you don’t get influenced by any scenes, you just do what you enjoy and don’t worry about the rest. And I think that’s a healthy sort of upbringing.”


Ruen Brothers, whose first ever festival performance was at this years SXSW Festival, have spent the summer performing across the UK at the some of the country’s biggest festivals including Glastonbury, Reading & Leeds, T in the Park, Latitude and Bestival- as well as the Q Awards 2013 and Tom Odell support tour.

“People ask if we’re intimidated by the music industry,” says Henry Stansall with a laugh. “I think if they’d seen some of the gigs we’ve played, they wouldn’t be asking that question.”