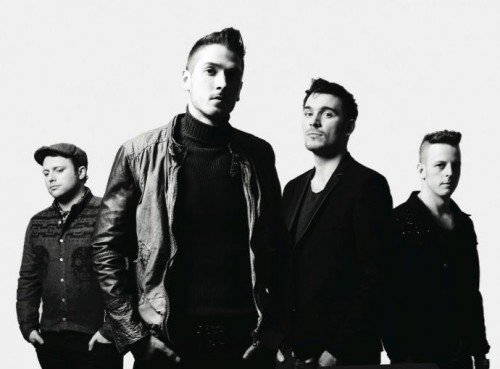 Brighton-based band Rubylux are an act whose anthemic mix of rock and pop sounds have seen them rapidly gain a hearty fan following across the UK.

Their second album is set for release soon and new single ‘The World Goes Quiet’ has been highly anticipated by their loyal supporters. With praise by such music royalty as Roger Daltrey and and Jimmy Page this is a band that Fame simply had to meet up with.


Here are some of the highlights from that meeting.

Hi and thanks so much for talking to us here at Fame Magazine. May we kick off by asking you where the bands name came from?

Ad (Keys) used to live next door to a psychic woman who was kind enough to offer her visions of the band in the future. She said that the word ‘Ruby’ would be a lucky omen for us as a name so we couldn’t tempt fate and not use it! The ‘Lux’ is Latin for ‘light’ which we thought worked well with it. 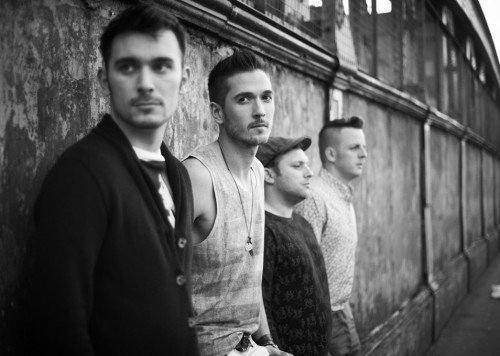 Your music seems to echo many genres and styles. How would you best describe it to a newcomer to your work?

This has always been the most difficult question because we just play what we love playing… But having said that, other people have compared us to bands such as the Killers and Coldplay which we’re happy to go along with!

We have heard that in the early days of the band there were ‘guerrilla’ street gigs that helped make the bands name. Whose idea was it to do those and did they match up to the expectation?

Growing up in Brighton, you get used to seeing the streets filled
with buskers and street performers, especially in the summer.

When we first formed the band, rather than spend money on rehearsals, Rob (Vox/gtr) suggested we jam out songs on the street so that we could pick up a few fans along the way.

We quickly realised that we could reach a huge audience on the street so we took the idea round the UK and started our ‘Guerrilla gig’ tours in the daytime whilst playing proper venue gigs in the evening!

What about your new single ‘ The World Goes Quiet’. What should our readers know about it and why should they get a copy?

I guess the first thing people should know is that it will be released on the 12th May! We’re starting a radio tour in a few weeks so hopefully you will hear it a good few times over the next few months.

You should certainly get a copy of the song if you like it, as Nietzsche said, ‘Without music, life would be a mistake’… So that means you’ve got to get it in your life! 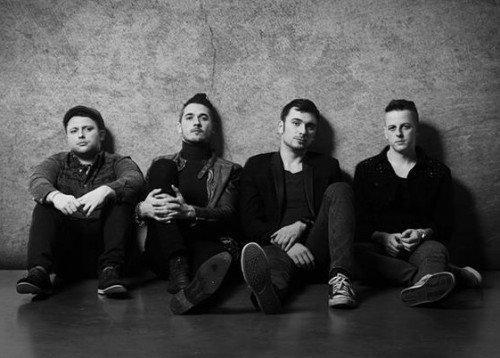 It is of course from your new album. Would you care to tell our readers what that album has in store for them?

It’s a really dynamic album with a mix of fast paced, fully produced tracks right down to stripped back acoustic songs.

We spent a long time getting the production right with strings, big synths, harmonies, etc… We like to think there is something for everyone in there.

We have read that you received an award at the Brighton Music Awards and had some prestigious rock stars present you with it. Can you give us an idea of what that event was like for you?

One of the best nights of our lives! Not only did Jimmy Page and Roger Daltrey give us a standing ovation after we played, they presented us with ‘Best Band’ award…

AND we got to hang out with them afterwards at the hotel. An evening of epic proportions!

What does winning an award of such magnitude mean to you as a band?

It means that we’re a little more confident that we’re in the right
line of work!

Can you explain to our readers what making a second album means to a band. Is it where you fix any problems you saw in the first, or is it a chance to push your boundaries?

The first album we put out by ourselves independently and was us experimenting with our sound. The new album is the definitive Rubylux sound that we have progressed to. Being the producers as well as the players we were really able to indulge in our creativity!

What live appearances do you have lined up to promote your new album/single. Are any festivals in your sights?

We’re playing a few big festivals which I’m not sure we’re allowed to announce yet! Those, and a number of venues including London’s finest; Shepherds Bush Empire on 25th May supporting the Russian Rockstars Mumiy Troll. More dates are being added all the time on our website… rubylux.net

Finally may we enquire what the rest of 2013 holds for Rubylux. Have you plans to tour your new album for example?

Yes, we intend to be on the road as much as humanly possible!

There is talk of a few trips abroad, festivals, radio tours and
keep an eye for us popping up guerrilla style in your city centre!