By Janelle Russell
RTÃ‰ today announced the six Eurosong 2008 finalists hoping to represent Ireland at the Eurovision Semi-Final in Belgrade in May. Chosen by a prestigious judging panel, this year’s entrants were asked to submit a package on both the song and the performer. 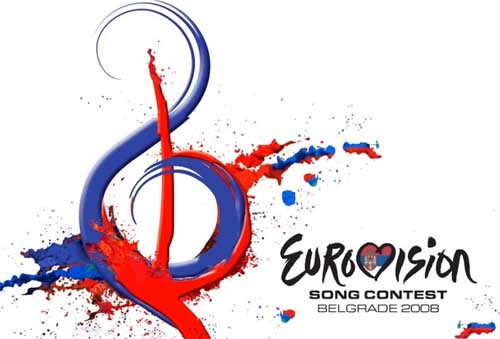 The chairperson of the Eurosong judging panel said: â€œThis year RTE decided to take a different approach to Eurovision putting emphasis on performance and stage appeal as well as finding a cracking song.”Each of the six songs is, in one word, unique.

The song titles themselves vary from the simple Sometimes to the somewhat random Irelande Douze Pointe, sung by TV puppet and star of The Den, Dustin The Turkey.This year the competition was open to competitors from all over Europe and one of the songs comes the whole way from Slovenia. Each of the entrants has an interesting story to tell.

One of the performers, Marc Roberts, has represented Ireland previously in the Eurovision song contest, and has albums released in the US and Australia. Fellow contender Donal Skehan was previously in a boy band named Streetwize, but in 2006 he decided to leave to focus on studying TV presentation.Perhaps the most famous competitor is Dustin The Turkey, who believes there is a definite link between his absence and Irelandâ€™s poor showing in the Eurovision in the past few years.Northern Ireland is also represented this year.

Songwriter Susan Hewitt from Kilmore in Armagh wrote the song Sometimes, performed by the youngest entrant 17-year-old Ballina native Liam Geddes.The song, written specifically for Liam for the 2008 Eurosong competition, is the only cross-border collaboration in the competition. Eurosong 2008 will be presented by Ray Dâ€™Arcy and broadcast live from University Concert Hall Limerick on Saturday February 23.

RTÃ‰ is inviting members of the public to join the audience, with tickets going on sale today from the UCHL box office. The show will be broadcast from 7-8pm with the winner being announced at 9.30pm in a live results show.
rte.ie