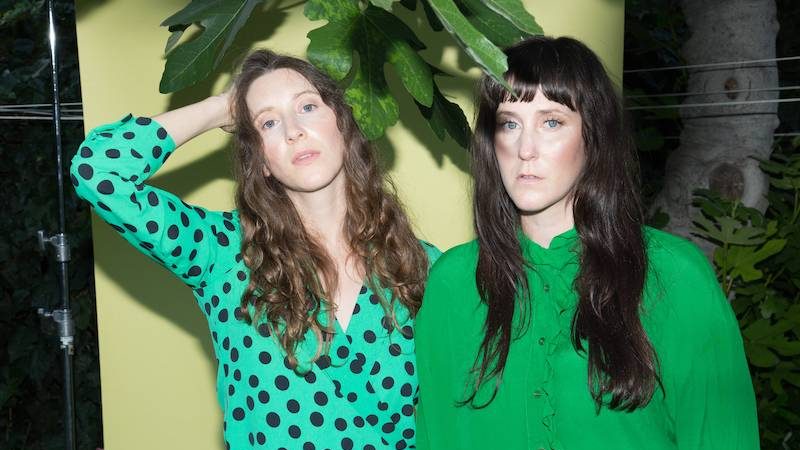 Having originally started their careers as backing musicians for the likes of The Cranberries, LORDE and Awolnation, Royal Cinema have spent the last few years solely focused on their new project as they return with their latest single CHA-CHING. With its B52s meets Goldfrapp meets Sofi Tukker sound, this new release will get your hips shaking and all the more ready for their debut EP when it arrives early next year.

So with the hype firmly building behind this lot, we thought we’d grab the opportunity to find out more about them, specifically who have been their influences over the years and what they have in store for us in the near future.

A few of our favourites are Bjork, Billie Eilish, Blondie, Radiohead, Little Dragon and so many more!

How does working together on this project compare to other projects you’ve been involved in?

We’re each our own unique “colour” of sorts so it’s cool to see what happens when we combine them together. The first day we wrote there was a bit of magic, a spark, and that hasn’t really gone away. Each time we show up to the studio the songs sort of write themselves in a natural way. Each one of us bringing something to the table that is unique to us.

Define your own ‘awesome’?

Each one of us has a different awesome. Our own little quirks… Sydney has a not so mild cat obsession, Johanna’s kind of a Real Housewives on repeat on a Friday night with a 9PM bedtime kind of lady and Isaac has energy for days and tends to sing with an English accent even though he is from the US.

We’re excited to continue to release singles through the rest of this year leading up to our debut EP release in early 2020.

And finally, do you have an ultimate dream you would like to achieve as a musician?

Making music and touring with friends feels like the ultimate dream! We hope we can continue what we’re doing on a bigger scale as more people hear about our songs and share them with their friends. It would be cool to open a tour for some of our favourite artists as well. Mostly though, it is nice to make music with people we consider our family. We leave the studio sore from laughing.

Royal Cinema’s new single CHA-CHING is available to stream and download now, and their debut EP is set to be released in early 2020. Have a listen to CHA-CHING below.