Roxanne de Bastion’s self-titled EP is characterised by its laid back, minimalist guitar and intelligent lyrics shaped by Roxanne’s voice, creating a whimsical landscape littered with video game references, introspection and an underlying current of innocence that allows her to deliver some incredible lyrical barbs. So, We had a chat with the lovely “Indie Electric Pop” girl. 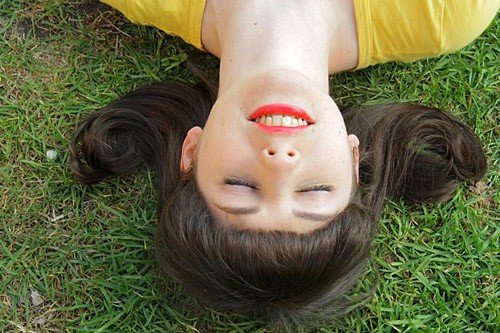 WHAT KIND OF MUSIC DO YOU MAKE / PLAY ?
Honest music. Lyrics are really important to me and I write a song whenever I feel like there’s something I need to get off my chest, whether it’s about a person, an experience or just a quirky observation about life in England as a young musician. Although my songs and melodies can be quite introspective, I like to be a bit rocky when I perform, it’s just more fun than being all serious and worthy songwriter-like. People have called it “Riot Grrl Folk” and like to sing along and heckle a bit at gigs (all very welcome!).

WHERE ARE YOU FROM?
I’m from a Berlin! My father’s English and my mother’s German, so I grew up with both languages and moved back and forth as a child. A few years ago I came to London with a suitcase, a guitar and a one-way ticket to pursue my music – so far so good!

HOW DID YOU START AND WHEN?
At the beginning and always. I saw The Beatle’s “Yellow Submarine” when I was four and just fell in love with music. I’ve been singing ever since! I started gigging in Berlin when I was 10 and began writing my own material at about 15. In England I just started from scratch – playing at open mic nights, traveling around the country booking as many shows as possible and writing songs along the way, a sort of quirky documentary of my life!

WHO ARE YOUR INFLUENCES IN THE MUSIC INDUSTRY?
I’m still trying to get my head around what a peculiar industry it is! Musically, my influences lie mainly with 60’s rock and folk – The Beatles, The Kinks, the Who, Bob Dylan. I also love Regina Spektor and pretty much everything Jack White has ever done. 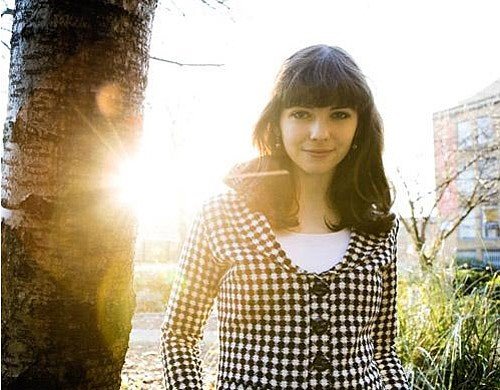 WHAT HAS BEEN THE HARDEST PART OF BEING IN THE MUSIC INDUSTRY FOR YOU?
Probably the fact that it involves not seeing my family and friends as much as I would like. Coming to the UK on my own was definitely a jump in the deep end, but I’ve enjoyed every day of the ride so far. The music industry as it’s portrayed to the world could not be further away from reality – it’s a bit like being Alice in Wonderland where absolutely nothing is as it seems. It takes a lot of hard work and determination to make it work. If you’re in it for the right reasons, you don’t really have a choice.

TELL US A BIT ABOUT YOUR EARLY DAYS AND HOW THEY DIFFER FROM NOW?
These are the early days. Ask me again in ten years!

WHAT WAS THE LAST GIG YOU PLAYED, WHAT DID YOU THINK OF IT?
My last gig was actually back in Berlin at the Junction bar, in line with my “Acoustic Indie Electro Pop” Tour. It was a crazy weekend – I had played at the Beach Break Live in Wales the night before and managed to miss my ridiculously early flight… After eight hours spent at Luton airport, I made it to Berlin just in time for sound check. I do love playing in Berlin as half of the crowd is made up of family members, friends and ex school mates (which was very scary at first!). The Beach Break gig was a lot of fun too: the stage was right on the beach and despite occasional downpours, I had a really friendly (and brave) audience – hope to be back next year!

WHAT’S THE MOST SUCCESSFUL THING YOU GUYS HAVE DONE TO DATE?
Personally, the most significant moments of my career have been when people have shared that my lyrics / songs have moved them and made a difference. Those small moments when you feel you’ve connected with a stranger through something you’ve created make all the hardships worthwhile – that’s what I do it for.

More tangible successes have been playing at the Cavern Club and being asked back, being the only solo artist to headline on a Saturday club night at the Barfly, recording at the Hansa Studios in Berlin (David Bowie / U2) and supporting well known acts such as Nik Kershaw. And so far I’ve booked and organised all my own tours, I’m very proud of that.

WHO HAS HELPED YOU THE MOST GET TO WHERE YOU ARE TODAY?
It’s just as well you can’t see me typing up these answers, I didn’t expect them to be so challenging! The person who has helped me most is my Dad. I’m very fortunate to have a family who support my music. My Dad taught me to play guitar and desperately tried to teach me music notation (which never stuck). We’d spend hours together just playing and sharing music and it’s the best gift I could have ever asked for. 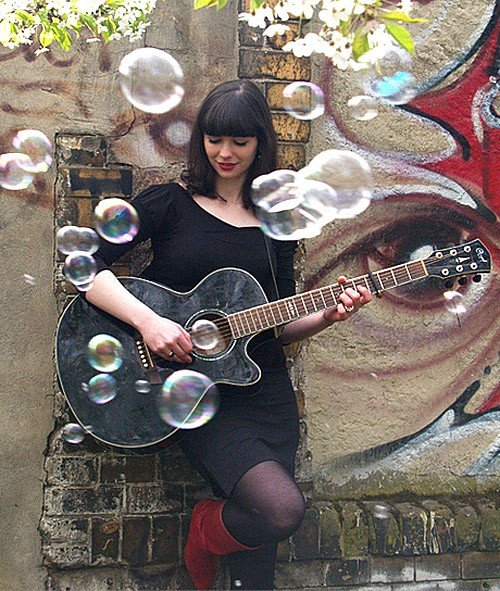 WHAT’S COMING NEXT FOR YOU?
A few Festivals this summer, then another UK tour as well as another trip to New York to play some shows over there. I’ll have another release ready for you later this year (top secret) and hope to see you at a show soon.

HOW IMPORTANT IS THE INTERNET AND SOCIAL NETWORK SITES FOR YOUR SUCCESS?
It’s certainly a really helpful tool and I honestly find it hard to imagine what independent artists did before social media to stay in touch with fans and to promote shows.

WHO WOULD YOU MOST LIKE TO COLLABORATE WITH IN THE INDUSTRY?
Ah, there are so many! I had the pleasure of seeing Ray Davies play live a few weeks ago – since then I can’t stop thinking about how cool it would be to record and write with him. I would also love to work with Jack White. I’m such a fan of his quintessential rock songwriting and think his style would be a really cool juxtaposition to my melodies. So, if you have his number, let me know!
roxanne.everycity.co.uk
©FAMEmagazine.co.uk