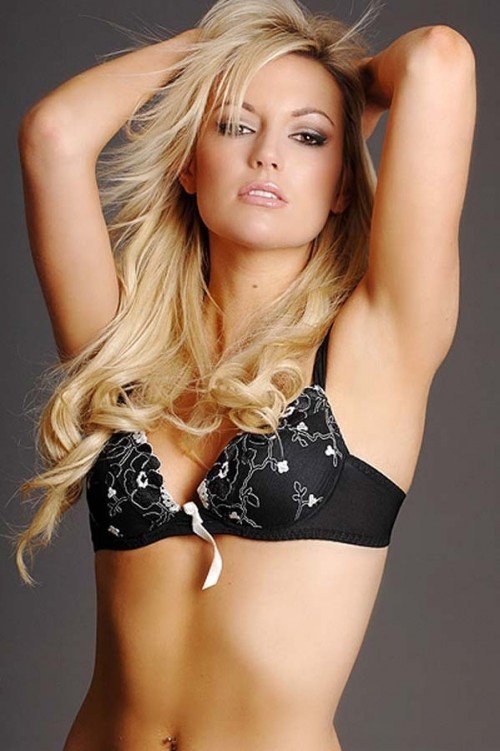 Sexy Irish beauty Rosanna Davison made an appeal to the Minister for Agriculture, Food and the Marine, Simon Coveney, to end Ireland’s export of live animals to Libya.

Chris de Burgh’s daughter and Miss World 2003 wrote to Coveney after learning from PETA that Ireland has resumed the trade after 19 years.

“My family and friends as well as the vast majority of the Irish public stand firmly against the live-export trade”, Davison writes.

“Please do everything in your power to stop these dreadful voyages.”

The gruelling 10-day boat trip from Waterford to Tripoli is a stressful ordeal for the animals, and the end of the journey brings no relief, as slaughter methods in Libya are frequently abusive.

Cruel practices, such as slashing the tendons in cows’ legs, poking them in the eyes and killing them with blunt knives without first stunning them, have been documented in North African abattoirs.

Nearly 10,000 people have already written to the Minister via PETA’s action webpage urging him to put a stop to the inhumane live-export trade.