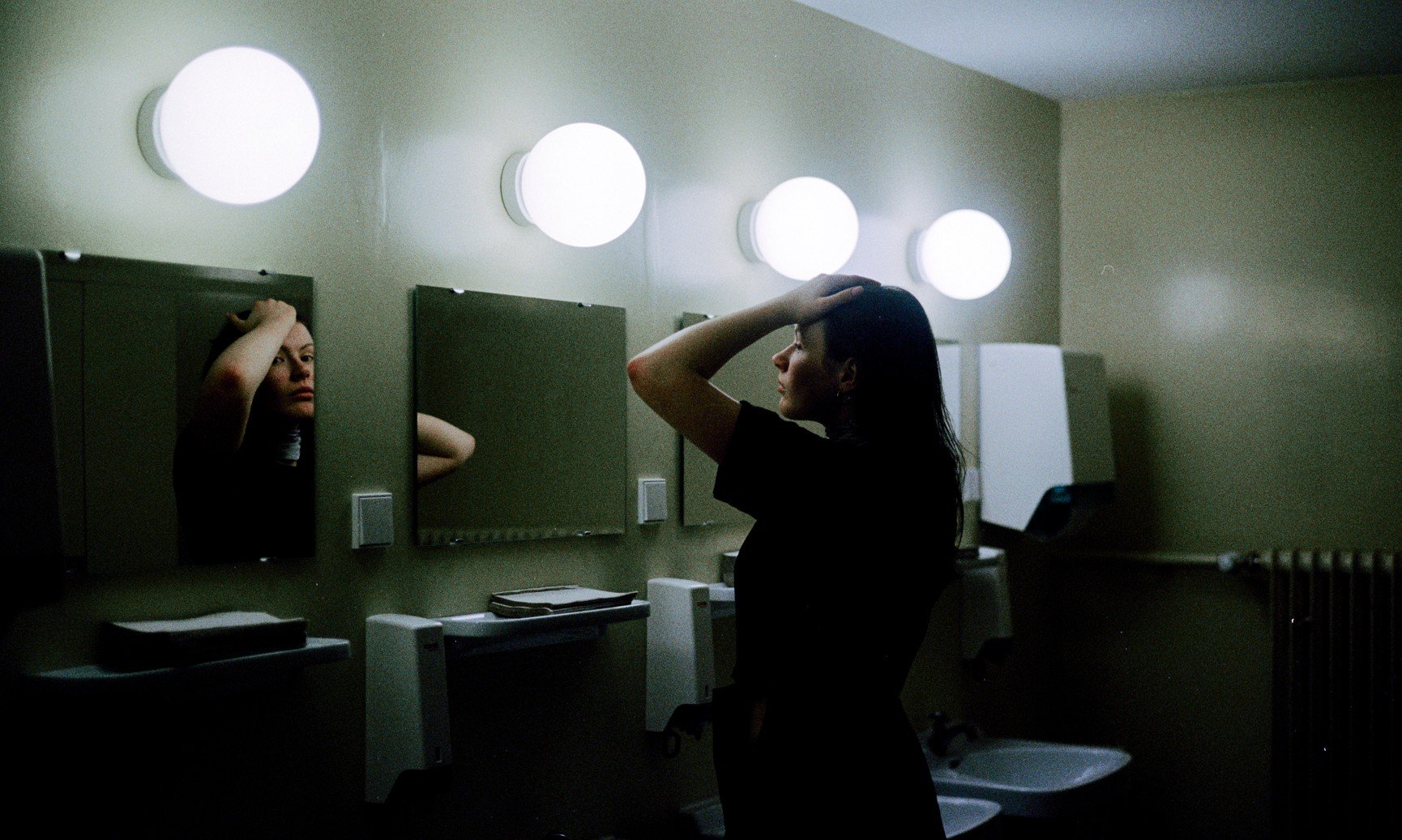 Rosa Anschütz is of the new breed of multi-media Renaissance women. She produces, writes her own songs, sings, builds modular synthesisers, designs VR environments, directs videos and makes all types of gallery-ready visual – and not only – artwork. She’s currently based in Vienna, but originally from Berlin.

Just the other week, Rosa released her debut EP entitled Rigid. If you’re not into summer jams – like me  – and love your music dark and moody, this just might be your soundtrack for the coming months. The four tracks found on here are technoid, but you’d never mistake any of them for any one for the gazillion and one strands of functional techno. They’re new-wavy, but not really new wave per-se. There’s also a bit of industrial, IDM and dub scattered about. The EP was produced by piano player / producer and fellow Berliner Jan Wagner.  It was made available thanks to the folks at Quiet Love Records.

Here is a short transcript of a conversation with the one and only, Rosa Anschütz.

The material on Rigid is pretty dark, is that the emotional spectrum your music usually explores or was it the circumstances under which it was written that were responsible for this?

I think it was a bit of both. But I personally feel more attracted to writing about the abyss than about the delightful aspects of life.

You finalised the EP with Jan Wagner, how did you guys meet? What were the sessions like?

We met through another music project that I was involved in, where he recorded my vocals. After spending some time together, working on this project, and after realising that we have a similar approach to music we started to work on the first version of my EP. Working with Jan gave me a lot of confidence and empowered me very much.

Your music is just one part of your artistic expression. You are also involved in the visual arts. I’m curious if there is a hierarchy between these modes of expressions or if they are absolutely interchangeable?

It really depends, there are some days on which I don’t want to deal with my music and then I just switch over to other forms of expression. However, working with music playing in the background is very important to me.  Also, the visual part floats along well with my music and it often makes sense to combine the two.

Is there a full record in the works?

How will it add to the world that you created with this EP?

It will stitch things together, but also show new aspects of my sound. I am still in the process of making the new tracks, which is why I’ll be withdrawing to the countryside with all my machines and instruments for the summer.

It’s a bit of a random thought, but I’m curious: do people dance at your shows or do they get more wrapped up in contemplation?

I like when they move, and often they do. Concerts depend very much on the room situation and the audience. The one thing that I totally don’t like, is when people sit on the floor, it’s so boring and lazy. (laughter)

Are there any UK shows in the works?

I am planing some, yes.

Thank you! It was a pleasure to speak with you.