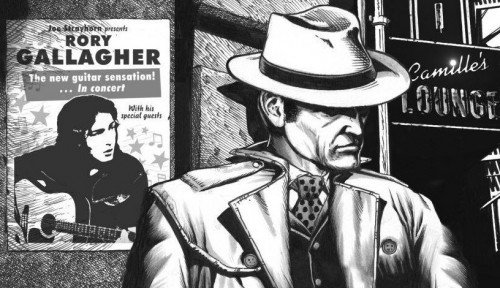 Inspired by Rory Gallagher’s passion for crime novels, ‘Kickback City’ (released via Sony Music), is a creative collaboration combining the words of Ian Rankin, the illustrations of Timothy Truman and of course the music of Rory Gallagher.

The result is a brand new kind of concept album, a must have for fans of Rory Gallagher. Rock music, Crime Noir, Ian Rankin thrillers, Comic books and quality artwork…perfect!

Throughout his life Rory Gallagher was a great fan of the crime noir genre and much of his work was inspired by the characters and themes found in the cult detective novels of authors such as Raymond Chandler and Dashiell Hammett. 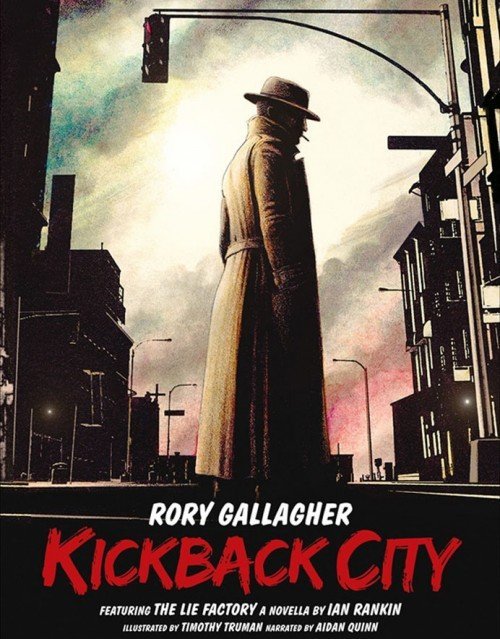 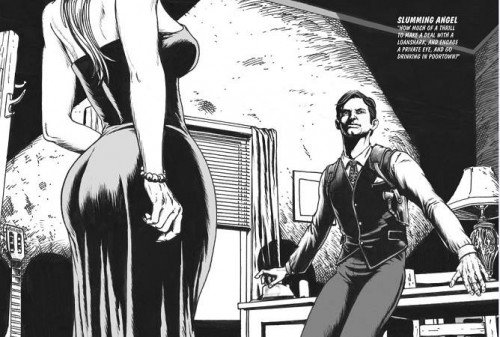 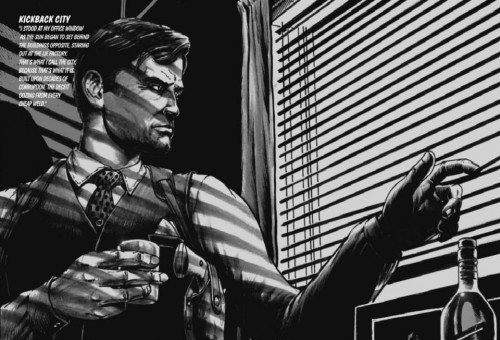 Ian Rankin explains: “I was approached by Rory’s brother Donal Gallagher who asked if I knew that Rory was a big fan of crime fiction?

And of course when you look at it, the songs, the lyrics and especially the titles: Kickback City, Continental Op (the title of a Dashiell Hammett book) it all makes sense. Donal mentioned that he was thinking of putting together an album of Rory’s songs that are to do with crime and thriller elements and asked if I wanted to get involved.

It was great fun and writing the story for the Rory Gallagher album was just obvious to me. It would be noir, the classic Raymond Chandler or Philip Marlowe private eye.” 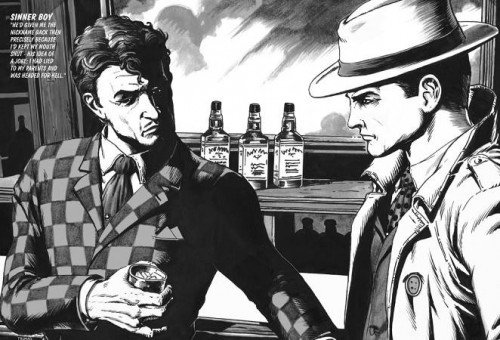 Also a life-long Rory Gallagher fan, the musician, writer and illustrator has been working in the graphic novel industry since the 80’s and is internationally known for his art design for the Grateful Dead.

His first series was the title Grimjack, a futuristic private eye who became one of the most popular characters of the time. In the November 1984 issue “Legacy”, Grimjack, is hired to protect a singer-guitar player named Jim Lanyon. The comic book’s cover featured a poster of the rock star, bearing an uncanny resemblance to Rory Gallagher… 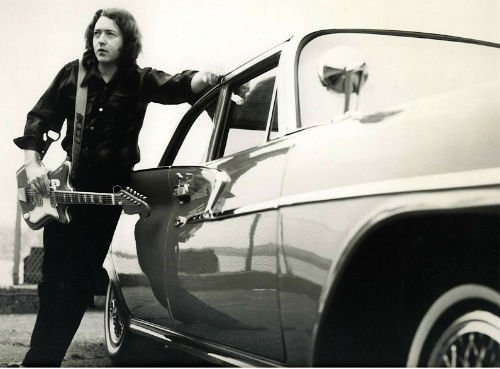 Timothy Truman says: “I turned on to Rory’s work in 1973 when I was a junior in high school in West Virginia. One Friday night, I turned on Don Kirshner’s Rock Concert and that’s when I first saw Rory.

He immediately blew me away. I thought he was the greatest guitarist and performer I’d ever seen and I’ve been a devoted follower of his music ever since.”

Ian Rankin adds: “Timothy Truman has really captured the nuances and the noir feel, I’m hugely impressed. It really works and Aidan Quinn has also done a great job. He really got into the character and narrative voice but it’s subtle and allows the listener to bring their own perspective.

This could be weird. If this album ends up in Rebus’s record collection I could end up writing a story in which Rebus takes out this album and sits reading an Ian Rankin story whilst listening to a Rory Gallagher album…” 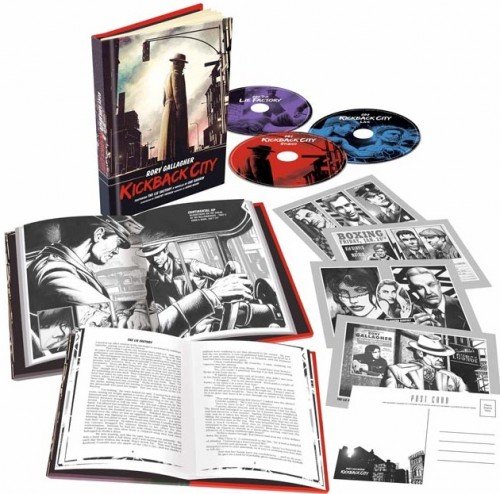 Kickback City will be packaged like a hardback book housing 3 audio discs, including an audio version of the book read by Hollywood Actor Aidan Quinn (Legends Of The Fall, Michael Collins), the 44 page novella ‘The Lie Factory’ and four ‘crime scene’ postcards. As well and the crime inspired Rory Gallagher compilation album, the set also includes a collection of live ‘crime’ tracks (Kickback City Live) recorded at the Cork Opera House.