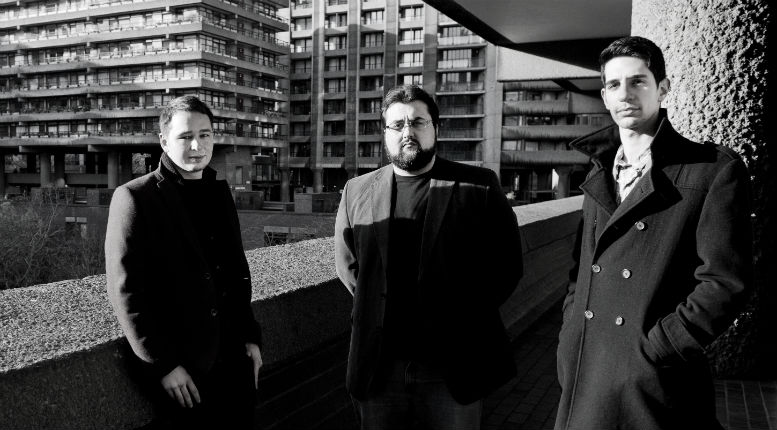 Hi Rootwork, how are you?

Very well FM, thanks for having us.

It can be aggressive and ominous, but hopefully also beautiful in places…We try to blur the line between impending doom and salvation.

Your EP ‘Gallows Humour’ shows off a really diverse range of influences and ideas, was this a conscious effort or something that happened naturally?

Thank you! It definitely felt like something that came about naturally, but if it hadn’t I’m sure we would’ve pushed for that anyway. We don’t consider ourselves a band whose material subscribes to one particular style or formula. Not that there’s anything wrong with that, but we draw from a fairly wide array of influences, both as a band and as individuals. However we try to make sure there’s a thread connecting all the material – hopefully that comes across and holds it all together.

Having been released 6 months ago or so now, how has the reaction been to it so far?

Hugely positive from those who’ve heard it! We had a couple of really nice write-ups online, lots of favourable comparisons to some awesome bands. It’s live at shows where we’ve really noticed people connecting with the material though.

You’re from Farnborough, not somewhere that’s thought of as a musical powerhouse, what is it like for a band based there? Are there any other local bands you’d recommend?

It’s fairly quiet, as you’d expect! I’m not sure the setting affects our writing too much, provided we can lock ourselves away and work without too many distractions! There’s a lot of talent around here though; our label Ubiquity Project Records is home to some brilliant bands such as Bear & The Woods, Forget Gravity and Vienna Ditto.

In an ideal world, what would the next year hold for Rootwork?

We’d love to tour around the UK and play some of the cool venues in the Midlands and up North. Also a few Summer festival appearances would be ace.

Who would be in your dream super group? And what would you call your band?

Tough one! How about this:

Perhaps some clashing musical personalities there but the results would definitely be interesting at the very least!

Where can we catch you live? Rootwork that is, not your super group…

It is utterly regrettable that The Alan Quays aren’t an active band releasing life-changing records and touring the planet. It’s with similar regret that we’ve got no dates for you yet, but we’re hitting the studio in July to record our next EP, followed by gigs in and around London from September onwards.