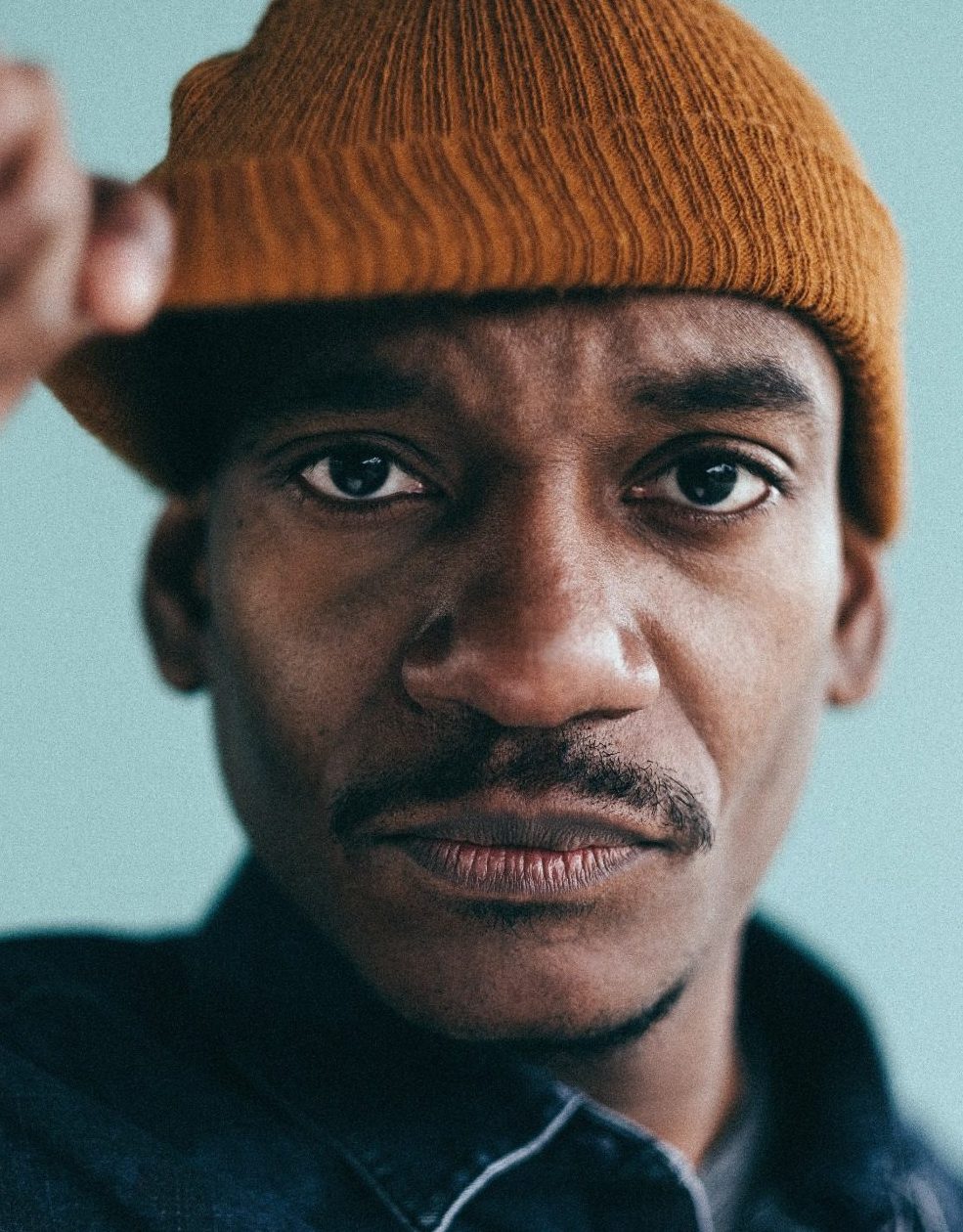 I still remember the day I saw The Matrix for the first time. I watched it with a bunch of friends the week it had premiered. I remember how we spent the rest of the night talking about it and picking it apart, scene by scene. We were blown away by this modern interpretation of spirituality (both flexible and inclusive) and how the movie painted a very plausible future for our society, one that we definitely intuited, but couldn’t verbalize. And here we are now, almost 20 years later, and its message couldn’t be any more relevant. As a society we are at the cusp of a total digital immersion, and one that is accelerating exponentially. The kids growing up right now don’t even remember a pre-digital, pre-internet reality – they were actually born inside the matrix!

This is why the new video from the inter-outer-national wordsmith known as Rootwords, for his song Matter of Time, hit us so hard. This rap/Indie hybrid not only pays tribute to a monumental piece of cinema which we absolutely love, but it also updates its message and custom tailors it to what’s going on around us, at this precise moment in time. The song was produced by The Block Notes (Rootword’s backing band and long-time collaborators) and features the soaring vocals of singer Rosie Holloway. It was taken from the forthcoming LP entitled ‘Warning Signs’, set to drop in March 2018 on Kinyama Records. Here is a transcript of a short, but intense conversation with the man they call Rootwords. 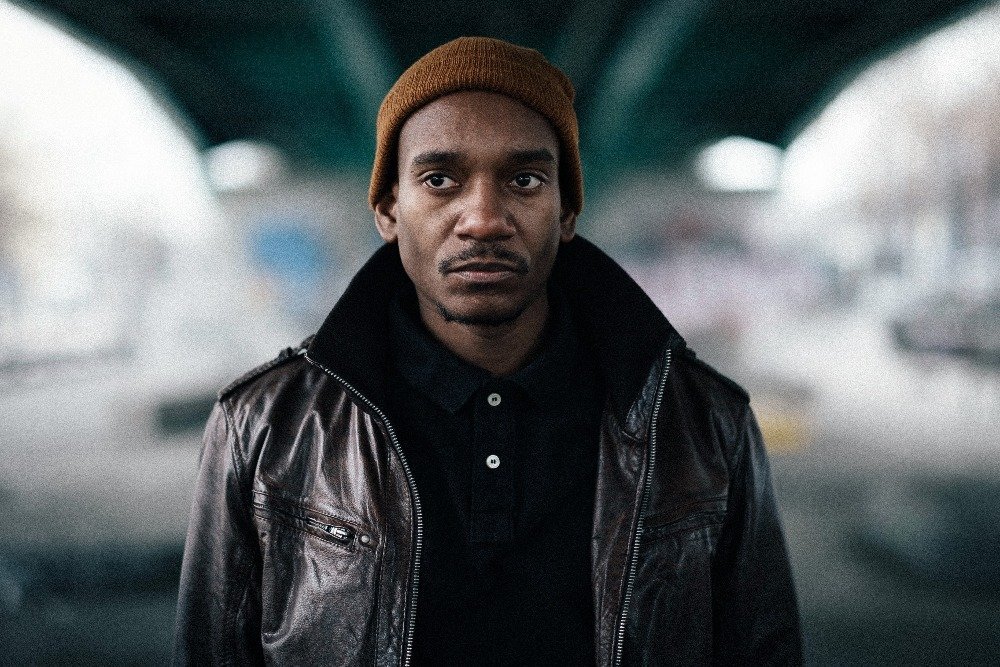 It is all over the place. It is everything and anything. It is without definition. It is random.

Do you think that this autotune driven, mumble rap is even a part of the same culture that birthed the likes of A Tribe Called Quest, The Wu, Biggie?

Of course, it is definitely part of the same culture. Without the wackness – Hip Hop wouldn’t be what it is today. There is something for everybody in this genre. I like to listen to music that is rich in terms of sound, and thought provoking in terms of lyrics. So, I would like to officially thank the OG’s in Hip Hop for providing us with an amazingly robust history, as well as for allowing mediocracy and slackness to blossom.

Do you listen to any of these autotuned-up, mumbling gentlemen?

As an emcee, I pay particular attention to the lyrics. If I can’t understand the lyrics (even after reading them on rap Genius) then the rapper doesn’t make sense … and honestly, why would anyone waste their time listening to nonsense unless they were payed for it? So called “content creators” online pretend like they are reviewing music for “free” when we know very well that they are influenced by the amount of views chatting about this or that mumble rapper will bring them … resulting in Ad revenue for their aggregate bank account. Do you remember that Dj Quik phrase “cause if it don’t make dollars, it don’t make sense”? Well it is funny because today, rappers that don’t make sense make dollars … hence the reason why they are so popular online … which translates to radio … which translates to club . “Panda Panda Panda”. Yes I know, of course … the beat goes hard … but “I hope you killas understand me” is the last line of the first verse … and I really hope that you “killers” understand him.

What were you listening to while writing and recording ‘A Matter of Time’?

I can’t remember. Usually I don’t listen to anything to avoid being influenced by trends. I like the free spontaneity of thought in the creative process. Inspiration comes from what I absorbed or interpreted from films, documentaries, life experiences, and conversations with friends. Those are my sources for the best stories. “A Matter of Time” (like most of my verses) started with free association.

That said, the lyricism, analysis and thought process of Jehst is one source of music literature that gives me infinite inspiration.

One could argue that the hook on this track was put on there with the sole intention to cross over, was that really the case?

By cross over do you mean become commercial? I.e make money from my music? Or get a verified account on Twitter and Instagram? Or reach 1,000,000 subscribers on Youtube? Or get on the Billboard 100 charts? Or maybe get a major sponsorship deal?

Do you think that the hook will get me over anyone of these bridges? Maybe I should have kept it real and had a “sister” sing the hook? Do you think I’m a sell out?

Let us say (for arguments sake) that it was certainly my sole intention to cross over by writing and having a white lady sing the chorus. Now, wasn’t it a good idea? Since my rap lines are a little “bland” and “not exciting” don’t you think that the hook is at least “okay”?

What am I supposed to prove with this song ? Do I owe allegiance to anybody other than my 5,700 fans on Facebook? Or maybe I should have kept it “underground”?

Whatever the case – the short answer is that I did what my team and I thought was right for the song. It could not have been otherwise.

“A Matter of Time” is the first single from my upcoming album “Warning Signs”. By nature of it being a single, it is taken out of context … and like all pieces of living art … you can either see it on it’s own, or wait to understand it as a whole. 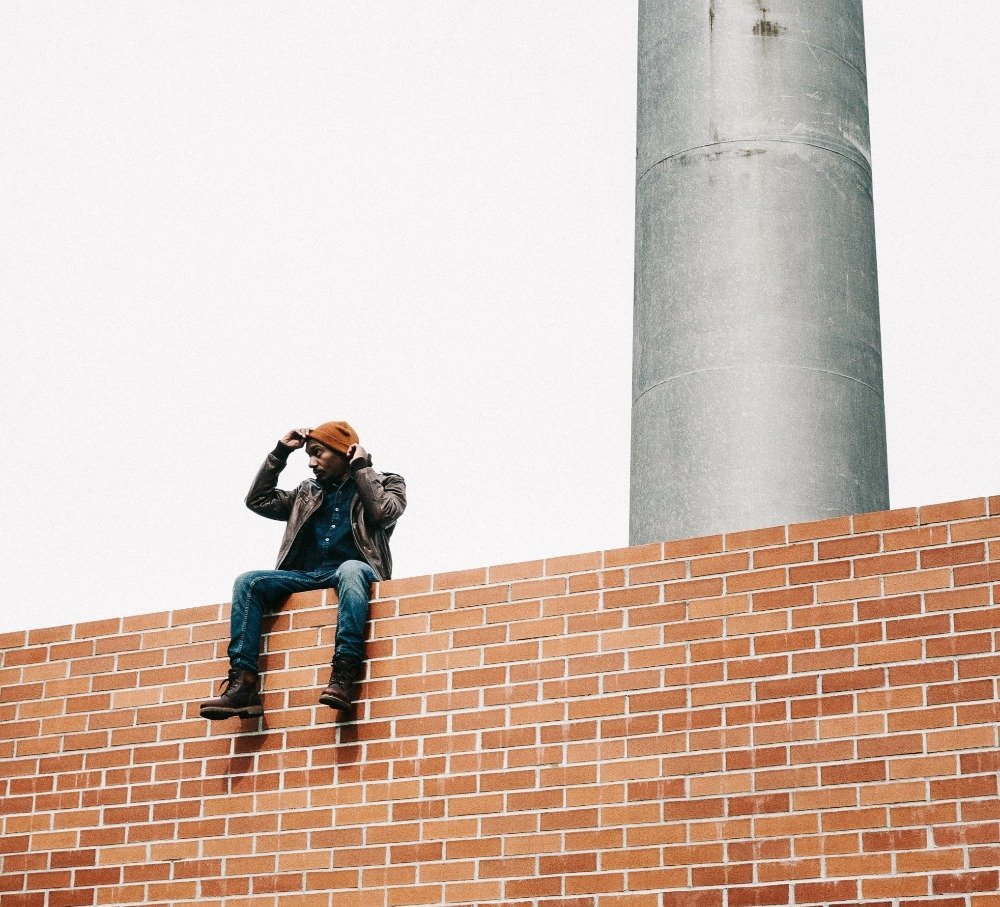 Being that you reference the movie Matrix, both in the song and in the video – how far into the matrix do you think we are? And is there a way to stop this descent?

We are shoulder deep in the rabbit hole. I feel that people don’t even realise. Our children are being conditioned to usher in a strange (not brave) new age. For goodness sake, the former Google executive Anthony Levandowski is developing and AI god! You don’t believe me? I am paranoid … maybe exaggerating? Visit his website “way of the future” and read for yourself. He might be crazy, but he was part of the click that you rely on everyday. That is some messed up stuff.

Not to mention that our freedom of speech is constantly being eroded. Our language is being cut and re-programmed. We are simplifying – dumbing down everything, and in the process shedding individuality and stifling creativity. We are becoming … the same.

For Christmas, I hope Santa will bring me the new book David Icke just wrote called “Everything you need to know”. It will be my first of his books. I know that when people hear his name they turn away because they can’t get past the reptilian subject that he has addressed in the past – but this one is all based on pure facts, and from what I understand – it is a must read.

This is something that I think about a lot, how back in the day there were these definitive films that embodied the zeitgeist or gave shape to a culture – like The Matrix, Scarface, Menace II Society – why aren’t there films like this coming out now? Or are they coming out, but the world is just too fragmented and flooded with content for them to catch on at that level?

Films like that still exist for sure, but we drown in too much information – which in the end brings confusion. We are confused because we don’t know where to guide our attention. Due to the multiple sources of information, our attention span is short. We don’t know what to watch or what to listen to. As a result, the internet decides for us. On social media networks, everything is designed to intrigue captivate, and kick off endorphins giving us feelings of euphoria … from the sound of the Facebook like or SnapChat notification to the feel of your touch screen. And right before we get to implement an original thought of our own, we are veered onto the next captivation. We feed into this online culture, and as a result, we all become more and more guilty of perpetrating the fraud. We start to believe in the hype and no longer live in the real, but in the fake.

Experiment with this. Log off all your accounts (Google – Facebook – Youtube etc) . Delete your browser history. Close, then open your internet browser and then open Youtube. Look at the random stuff that they propose to you based on what “everyone” likes. Click on one, and then start to see how Youtube suggests other videos similar to the one you clicked on. Continue this process and see how the internet starts to show you only what you like based on what you clicked. All the other content soon vanishes, and you slowly start to realise that your video choices are limited to what is programmed for you. Also notice how in the music section, there is only stuff from artists signed to major labels and on VEVO channels.

What was a recent movie that you thought was the perfect commentary where we’re at?

I watched OKJA recently, and at the end of the film I was reminded of what Method Man said …“Cash rules everything around me ” . C.R.E.A.M.

Tell me about the upcoming record, what are we looking forward to?

Well, I challenge everyone to go back and listen to everything else I have shared on my Youtube, Soundcloud and website www.rootwordsmusic.com in preparation for “Warning Signs. “A Matter of Time” should send you back … in order to bring you forward … if you know what I mean.

I saw on youtube that you actually play out with a live band, yet the recorded songs don’t have this live feeling – why is that?

The musicians I’ve been playing with on stage over the last 5 years are called The Block Notes. They actually produced the instrumentals on which I rhyme on this album. Ben – the drummer, Julien – the key player, Stan – the bass man, and Niko – the sound engineer are the maestros behind the music. We approached the album knowing that it will be performed live, but we wanted to make a studio record. It sounds digital because we love experimenting with the new technologies of today, but the majority of the elements were composed organically when we were in the studio together. When I think about it, very little was programmed with the computer mouse. Each of us inputed our expertise to make the music you hear.