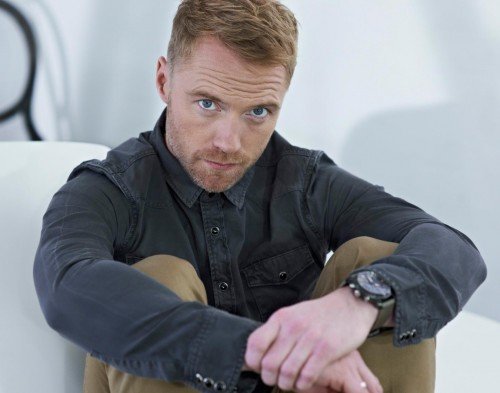 IRISH singer Ronan Keating has revealed he had a dream to be a pop star since he was a young boy. The former Boyzone frontman admitted he was willing to do anything to achieve his ambition.

He said: “I remember when I was younger I used to always go to talent competitions. For example myself and a friend would go to the local community centre and do things like body popping at a talent show.”

“I was always trying to get myself out there. I’ve always loved to sing so I guess that was what I wanted to be for as long as I can remember.”

Ronan, 35, who’s had a successful solo career as well as topping the charts with Irish boyband Boyzone, has gone on to become a judge on Australian X-Factor alongside his music career.

With Boyzone Ronan can boast sales of over 30 million albums and released his fifth solo album Fires in September last year.

But the star confessed his rise to fame came at an embarrassing price.

He said: “Where should I start. With Boyzone we did some really dodgy photo shoots. We had to wear the naffest coloured shirts and jump around like we were having fun.
“We also did a very dodgy advert for KFC in Asia.”

That wasn’t all, Ronan added: “I remember putting on a chicken suit on the big breakfast once that was probably the most ridiculous thing I’ve had to do.”

Of course once he was at the height of his fame the embarrassment didn’t stop there according to Ronan.

“I’ve fallen over on stage and forgotten the words loads of times – not great.”

And despite his determination and ambition Ronan always had a plan B career up his sleeve.

He revealed: “If I had not have been successful in music I guess I would have followed my brothers over to New York and probably ended up working in a bar.”
By Tina Calder ©FAMEMAGAZINE.co.uk