Universal Music Group announced the re-release of The Rolling Stones’ album Exile on Main Street with an additional 10 never-before-heard tracks. Regarded as one of the greatest albums in rock ‘n’ roll history and one of the most defining of the Stones’ catalogue, Exile will be available May 17, 2010, in the U.K. and May 18, 2010, in the US. 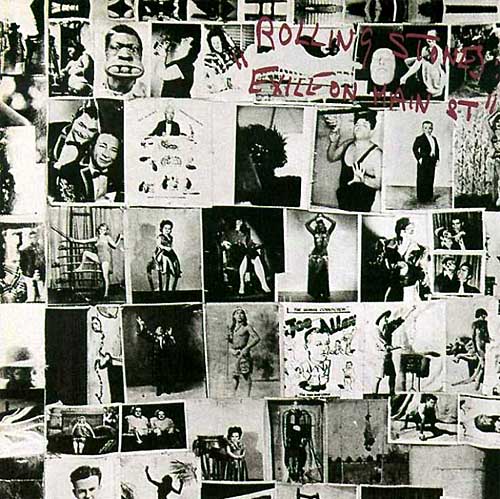 Upon its release more than three decades ago, Exile on Main Street innovatively wove varying musical genres, instruments and even artists into a compelling rhythmic masterpiece. This new compilation features 10 tracks originally recorded during the Exile era and only recently discovered while working on the reissue project.

The unearthed tracks which include such titles as “Plundered My Soul,” “Dancing in the Light,” “Following the River” and “Pass The Wine” have undergone a unique evolution, while staying true to the essence of the 1972 album. Alternate versions of “Soul Survivor” and “Loving Cup” also are a part of the Exile bonus materials. 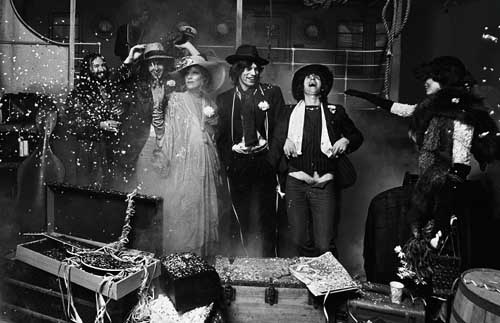 As a complement to the release of Exile on Main Street, a documentary, “Stones in Exile,” has just been completed for fans to view on US Network television and through BBC Worldwide internationally.

The documentary features rare, never-before-seen archival film, photos and interviews as well as new conversations with the band and the artists they influence. Produced by Oscar-winning filmmaker John Battsek and directed by Stephen Kijak, who is known for award-winning work on Cinemania, and Scott Walker: 30 Century Man, “Stones in Exile” offers an uncommon glimpse into the lives of the band as they created one of the greatest albums of all time.

The original 18-track double-album was recorded in various stages at multiple locations, including Olympic Studios in London, Keith Richard’s mansion Nellcote in France, and in Los Angeles where the literal “Main Street” influenced the album title.

These atypical circumstances surrounding the recording process greatly affected the album’s outcome which was highly reflective and influenced by the sociopolitical turbulence that marked the late `60s and early `70s. The Stones nixed the influences of a flower-child era and directed their creative process with the edgier, excessive, “more is more” approach of the `70s.

Exile reveals a sprawling mix of genres with undertones of blues, country, R&B and gospel mixed with lyrics that fervently demand for release and liberation.

The album pulled together an electric array of talent including Dr. John, the late Billy Preston and pianist Nicky Hopkins. Guitarist Mick Taylor, who replaced Brian Jones in the band shortly before Jones died in 1969, is a magnificent blues player who brought an intensity and elegance to these epic tracks. At times, these musicians and others lived on the recording studio premises with the band creating an extremely open and creative collaboration for the album.

“The album’s riveting portrait of artists pushed – by the times, by themselves – to the very limits of their creativity has provided inspiration to every musical generation that has come along since Exile was released in 1972,” said author Anthony DeCurtis.

“Every song on Exile on Main Street is elevated by its relationship to the music that comes before and after it. The album’s irresistible power is unlikely to diminish any time soon.”

Exile on Main Street will be available in two CD formats: the original 18 track release; a deluxe CD edition with the 10 special bonus tracks; and a super deluxe package that also includes vinyl, a 30-minute documentary DVD with footage from Cocksucker Blues, Ladies and Gentlemen… the Rolling Stones and Stones in Exile, and a 50-page collector’s book with photos from the Exile era.

The 10 unreleased tracks were produced by Jimmy Miller, The Glimmer Twins and Don Was.
www.rollingstones.com