By Cathy Black
IRISH songstress Roisin Murphy is set to release her new single next month. 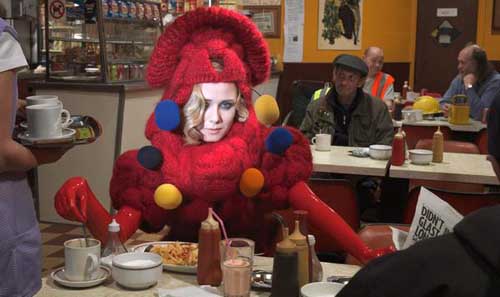 The former Moloko singer will be releasing the track You Know Me Better on March 31. Taken from her Top 20 album Overpowered, the song is a collaboration with Andy Cato of Groove Armada and includes mixes from Samin, Trevor Lovey, Guy Williams and Toddla T.
Following her recent UK and European tour, Roisin will be performing a string of further shows across the Continent in 2008, including another sold-out London show at Camdenâ€™s Roundhouse on March 8.The County Wicklow native will also be headlining the St. Patrickâ€™s Day celebrations in Trafalgar Square on March 16 to an estimated audience of 75,000 people.
She is also performing at Scotlandâ€™s Rock Ness at the beginning of June with further performances to be announced in the spring across the UK and Europe.
Roisin will also be making a very special guest appearance at the Elle Style Awards on February 12, marking the first live appearance in the awardâ€™s 11 year history.
myspace.com/roisinmurphy