Rodrigo y Gabriela’s ‘Live In France ‘ is released on July 25th ahead of UK and Irish dates. 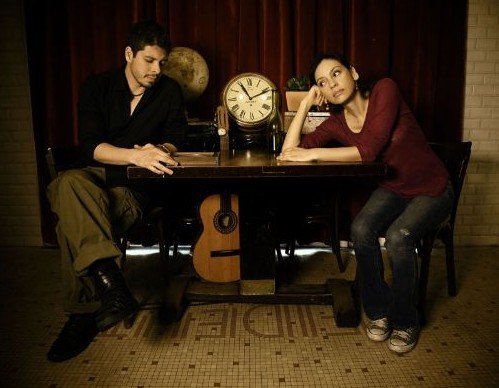 Rodrigo y Gabriela are riding high on the global success of their Hans Zimmer collaboration on Pirates Of The Caribbean: On Stranger Tides.Summer’s here and the time is right for Rod & Gab’s first love: wowing crowds in the big fields across Europe .

To coincide with their tour dates, Rubyworks is set to release ‘Live In France ‘, recorded at various venues around the Fifth Republic on the 11:11 world tour.

It’s a very different live document to 2008’s ‘Live In Japan ‘, which marked the end of Rod & Gab’s seated performances. Their live shows are constantly evolving and the 11:11 tour mixed deft acoustic dexterity with an electrifying shred-fest of white hot duelling guitars.

No chairs then, but plenty of FX pedal hopping and feet on the monitors rocking. The album captures this fusion framed by rapturous receptions from their fanatical legion of French followers.