Check out our interview with The Birthday Suit, the Edinburgh band/solo project formed by Rod Jones of Idlewild.
With their new album ‘A Conversation Well Rehearsed’, Rod is set to prove is continuing to transcend beyond Idlewild’s musical foundations, laying his own roots as a solo artist.

Why did you decide to form The Birthday Suit?

I had started work on my second solo album and quickly realised I didn’t want to make another folk album. The more I wrote, the more it took on the feel of a band album and I needed other musicians to fully realise the songs.

With the addition of a few friends and local musicians it took on a new life and it was really apparent that it was a group of people I really wanted to play with.

After all the success with Idlewild, how does it feel being in a new band again?

When you are so used to something having done it for 15 years it can take a while to adjust and there are definitely some things that you realise you have taken for granted.

It is however exciting to be starting fresh and playing with a new group of talented musicians. There is something very freeing about re-introducing yourself without the weight of expectation. 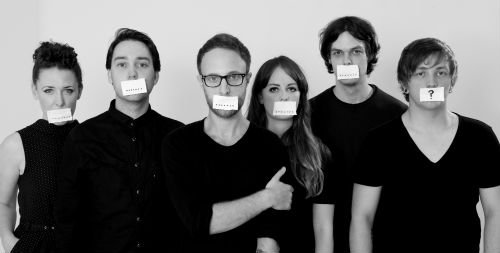 What have been the hardest and the most enjoyable moments with The Birthday Suit so far?

I suppose the hardest thing is to start at the bottom again. Trying to build a new following and make people aware of what we are doing which can be tough at times.

There have been plenty of highlights already though. Playing our first festivals this summer and watching the band start to really gel together over the writing and recording of the new album.

How does your forthcoming record, ‘A Conversation Well Rehearsed’, differ from your debut, ‘The Eleventh Hour’?

I certainly had a much clearer idea of what the record should sound like beforehand this time round. The main criticism of The Eleventh Hour lay in that it was maybe slightly musically scatterbrained.

This was I think mainly due to it evolving from a solo album into a band during its’ creation. This record has much more of a theme both musically and lyrically and I think shows that we are really finding our own sound.

What is this new record about? Is there a general theme?

I’m never too keen to be specific about lyrics or themes but there is an underlying playfulness in both the music and lyrics this time.

I think sometimes we take ourselves too seriously and we tried to convey an element of enjoyment and fun in this album. I’m also trying to poke fun at myself a little lyrically.

Compared to when you started out with Idlewild in the mid / late 90s, how has music and the industry changed in your opinion?

I think music is quite cyclical these days in that there are definite themes and sounds that repeat or become the fashion every few years.

I suppose we all look to the past for inspiration sometimes and its difficult to sound completely new all the time. The industry itself is unfortunately imploding I feel with musicians finding it harder and harder to make a living.

Of course while the internet (blah blah blah) has a part to play in this I also think there are other factors. The bigger labels are just less interested in bands these days and are more interested in the quick buck that can be made on the pop/ringtone conveyor belt.

This means you get less bands given the financial backing to spend the time developing their sound or take their time in the studio to experiment and make really interesting sounding albums.

The sad thing is that the less people invest in music, the less bands can afford to spend time getting better and spending time on their music. There is something to be said for the saying “you get what you pay for”.

We have to ask…will Idlewild be returning at some point to make a new record together?

I’m afraid I just don’t know the answer to this. We are all still good friends and may well do something in the future but whether that is a tour or an album and when it would happen are all things we haven’t worked out.

If you could describe The Birthday Suit’s music in 3 words, what would they be?

If you had one wish for the band, what would that be?

I think just to play to bigger crowds and maybe further afield. Although I have done this before I would really like the rest of the band to experience touring outside the UK and playing to big crowds in interesting places.

Finally, if you had the chance to create a supergroup from any moment in time – who would be the players?

I’m not sure what it would sound like all together but I’d pay to see it.
thebirthdaysuit.co.uk/
twitter.com/BirthdaySuitUk
facebook.com/thebirthdaysuitband