IT was big hair, feather boas, glitz and glam last weekend as Kiss tribute act Hotter Than Hell rocked The Trinity Lodge on Saturday night at their Battle Of The Bands competition.

Wacky frontman Marty McStravick, aka Paul Stanley, took to the stage in full Kiss make-up and costume along with the bandâ€™s drummer Matt Cassidy.

Mentor Mikk Legge stepped in on guitars while contestant Ruairi Devlin from the Depoilers filled in on bass at a few hours notice. 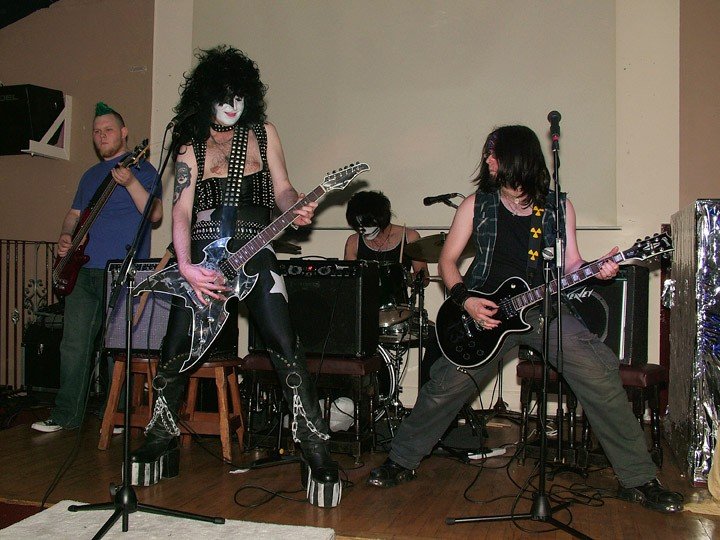 Speaking of the competition Marty said: â€œWhen we were asked to judge the competition alongside the resident judges we didnâ€™t know what to expect. To be honest we thought it was going to be a few kids having a goâ€¦.we were very wrong.

â€œThe standard of vocals and musicianship throughout the entire night completely blew us away and it was a great honour and privilege to be part of it. 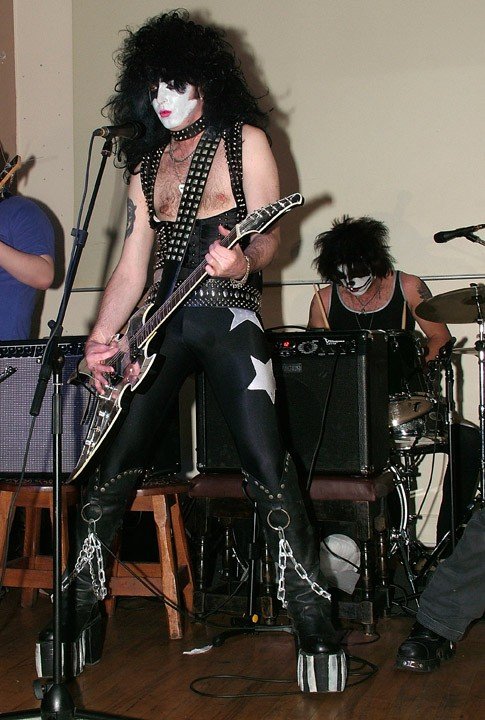 â€œI can guarantee you that there were definitely some future stars in the Trinity Lodge at the weekend.â€

The competition, which is also judged by showbiz reporter and celebrity agent Tina Calder and broadcaster and TV presenter Robin Elliott, is currently running for eight weeks and will see one band and one wannabe rock diva eliminated from the competition every week. 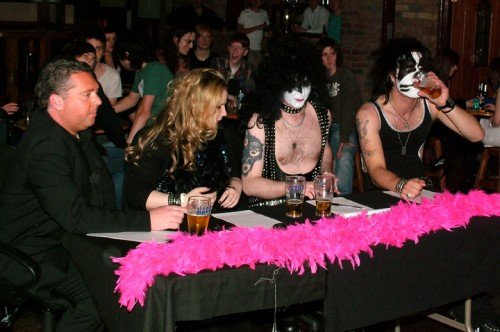 Last week singer Declan Bannon was disqualified for not turning up to the event and Maybe Weâ€™re Ghosts pulled out of the competition last minute meaning no one could be eliminated on Saturday night.

This week seven bands and eight singers will go on to compete to be crowned winners of the Battle Of The Bands and Search For A Rock Diva.

The event is run in aid of the PIPS Programmes suicide awareness charity and their Fundraising director Jay Cartmill says heâ€™s looking forward to another great show.

He added: â€œThis weekâ€™s theme is American music legends and we have another fantastic guest judge coming along to see what our acts can do.

â€œI will be taking a place at the judging table to make way for our gorgeous new host, glamour model Laura Lacole.

â€œAlso this week we have carried over our voting as we were unable to eliminate anyone from the competition. So if you want to help your favourite act win immunity from our judges then make sure you give them your vote by text. Every text vote cast donates money to PIPS.â€

To vote for your favourite act to win immunity from the judges simply text their â€œSTARâ€ code to 88008. Texts cost 50p plus your standard network charge. 26p goes to PIPS. Each person who votes is added to a prize draw to be drawn at the final