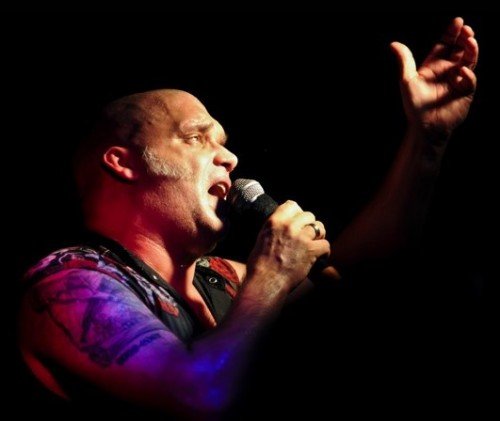 The former frontman of rock giants Iron Maiden and Wolfsbane will play a solo show to promote his forthcoming album The King Of Metal.

Cult singer Blaze is best known as the man who controversially replaced Bruce Dickenson in 1993 as the lead vocalist of English stadium band Iron Maiden.

When Blaze left Maiden, he formed his own band, Blaze and in 2000 the band released their debut studio album Silicon Messiah. The record was followed up by Tenth Dimension and the band’s first live album, As Live As It Gets.

By the end of 2003, Blaze began writing material for his third studio album, Blood & Belief which was followed up five years later in 2008 by his new outfit Blaze Bayley Band’s debut recording, The Man Who Would Not Die.

By February 2010 the band had released their second album, Promise and Terror.

Blaze said: “I’ll be doing 50 shows to promote the album, up until June, and then I’m hoping to do some festivals in the summer.”

“I’ll bring copies of the album with me when I’m on tour, everywhere I go. Then, the official release, so you can get it in stores or online, will be on the 20th of May, but if you come to one of my concerts before then you’ll be able to get the album.”

Blaze will play The Rosetta Bar in Belfast on Thursday May 10 with local bands Conjuring Fate and Casino to support.

Blaze added: “I’d like to give a big ‘thank you’ to all the fans that I’ve met in my last tour.

Thank you very much for your support and your encouragement and for making it possible for me to be a professional singer.”

Tickets for Blaze Bayley, Conjuring Fate and Casino on Thursday May 10 are £10 and available from wegottickets.com or at pay at the door.
By Tina Calder