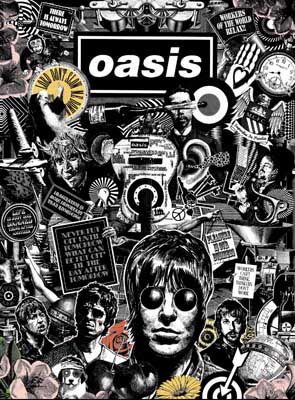 From Monday, visitors can watch the DVD’s trailer as they browse around the space, pick up free goodies such as a virtual t-shirt and coffee table book, have a look at stills from the production and pre-order the double DVD itself for real world delivery by Amazon. The real world release of Lord Don’t Slow Me Down is scheduled for October 29, 2007 by Big Brother Recordings in the UK and Big Brother Recordings/Universal internationally.

Shown at a handful of screenings during 2006, Lord Don’t Slow Me Down is a feature-length, full-on definitive documentary in which film-maker Baillie Walsh follows the Gallagher brothers on a year-long world tour of 26 different countries, playing to more than two million people.

For the DVD release, the feature also offers the option of voice-overs from the band, a Noel Gallagher Q & A session with fans from New York City and outtakes from the film. The limited edition version contains a second disc with a 90 minute live DVD capturing the band’s homecoming show at the City of Manchester Stadium in July 2005, together with footage sent in by fans.

The trailer for the product which gives a fascinating insight into Oasis experiencing the ups and downs of the road, and what they make of their lives is being shown only in Second Life and on MySpace.

Alan Haymes (SL avatar: Doctor Hickman) of NBH explains: The Oasis space mirrors everything you’d expect in the real world, but with the added advantage that it’s accessible to visitors from all over Second Life at the touch of a simple teleport button.

Emma Fulford of Universal Music adds: Oasis fans can be found in all corners of the real world and we wanted to make sure that their Second Life counterparts also enjoy what promises to be one of the decade’s greatest rock documentaries and live concerts.
The Oasis SL store
myspace.com/oasis