From Jerry Lee Lewis to At The Drive-In, via The Stooges and The Sex Pistols, there is a lineage of rock and roll bands united by the same primeval energy and visceral power.

Hailing from Wigan, a quartet called The Suzukis, are creating a mighty storm that taps into this same raw, primal aggression and marks them out as one of the most exciting new bands to reignite peopleâ€™s faith in rock and roll. 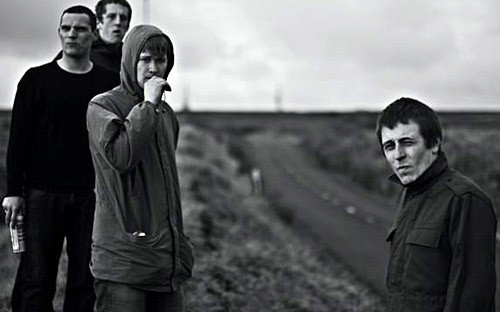 Itâ€™s been a long time coming, but The Suzukis may just be the first new British group for a long while for the disaffected youth to embrace. A band that matches the sullen boredom and nihilistic pent-up anger of battered, small-town Britain with a fistful of big anthems.

Released on March 22nd through Deltasonic, Built In is The Suzukisâ€™ debut single and a scathing demolition of celebrity culture to boot. Cutting lyrics over wall of sound guitars and over driven bass make for an exhilarating listen that stands the band out from both the current crop of limp indie bands and also the faux-emo punk from the US. 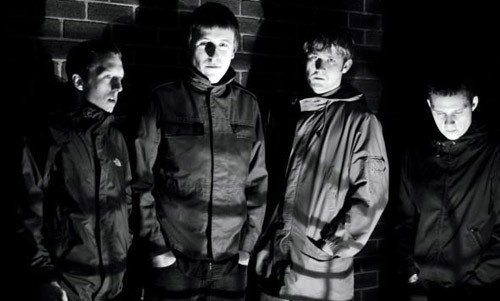 These are songs born out of dead-end jobs and tough times. The anger and adrenalin so lacking in many other bands, positively bursts from the speakers when listening to The Suzukis. Both Built In and b-side Back At The Factory, swagger with barbed, punk menace and choruses that batter their way into your head.

To witness The Suzukisâ€™ front man Chris Veaseyâ€™s spat out vocal delivery and staring-into-the-void stance, is to realise that for some people, being in a band is simply more than a career choice. Some people are born to do nothing else. A front man who manages to scare the first five rows at the bandâ€™s gigs, whilst also writing some of the most succinct lyrics about what it is to be living in Britain in 2010.

The Suzukis have got that punk rock, raw power, except there is no agenda here, no freaky wardrobe; just four lads creating a huge wall of sound the only way they know how.

The bandâ€™s debut album will follow in May 2010.
www.myspace.com/thesuzukis