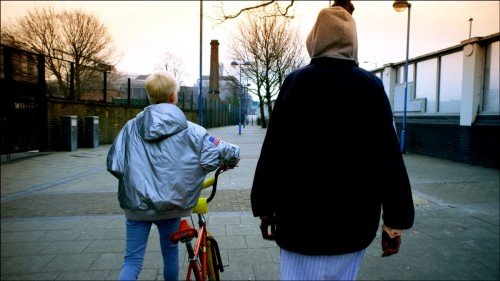 Robyn’s ‘U Should Know Better’, a gem from her massive album ‘Body Talk PT 2’, it features her and Snoop Dogg rapping and putting the world to rights.

Now in 2013, having teamed up on previous videos and live shows, Robyn has collaborated with her long-time stylist and choreographer Decida on a video concept for the track. What would happen if Robyn and Snoop swapped genders, backgrounds and locations? Check out the result:

Robyn explains: “Decida came along for a part of the European tour I was doing, we had dinner, drinks and laughs with Decida´s friend Pernilla and we were talking about how much Pernilla looks like Snoop. It was there and then that Decida and I decided to pursue our idea of making a video for “U Should Know Better” where Snoop and I switch gender.

All we needed to do was to find a “little Robyn”, a year later we did. Tyler came to a casting we held in London and I felt like we had found our guy right away. Even though “U Should Know Better” was released a couple of years back on Body Talk Pt 2, I wanted to make this video now anyway because the song is still banging and we had too much fun with this video idea to just sit on it”.

Decida says: “Hopefully the U Should Know Better video sparks some laughs, but also thoughts on what identity really is. Would you be the same person in another context? Does society have certain expectations of a person based on class, gender, colour, sexual orientation, religious beliefs and cultural background? How much do these expectations then affect your so called self?

I kind of like the idea that we grow up in a transnational pop cultural mosh pit were you can choose who you want to be instead. All of this is what our 2FACED1 project is about, to know identity is dependent on context and therefore is something fluid”.