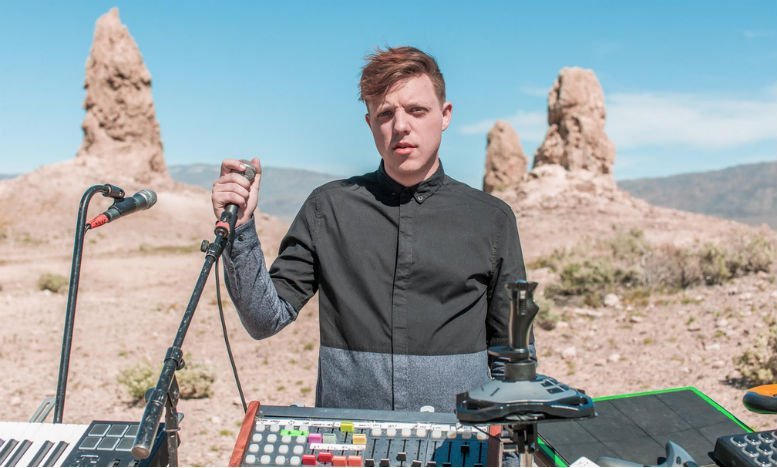 Electronic Rock and Roll connoisseur Robert Delong, opens up to FAMEMAGAZINE, about growing up in Washington, learning drums from his dad, using game controllers, playing in punk bands and weddings and he explains the ‘Robert DeLong thing’…

Robert’s ‘The Long Way Down’ has been selected for the new NFL Madden 2016 game soundtrack – the biggest video game in the US.

So you’ve been all around North America – now in Europe… What better place than London to finish the tour in!

London’s great, it’s pretty raining right now but yeah its a cool city.  In my mind the tours never over – I go home for two days and then immediately go back out. It’s pretty non-stop until I died I’m pretty sure.

How would you best describe your sound?

I guess its sort of a Indie Pop songwriter meets a electronic dance music styles with modern electronic sounds with kind if a wild one man show. It’s a lot of different things but its kind of tired together with my song writing and voice.

Growing up In Washington as a kid did you honestly ever think you’d be playing out here in London?

Right after I got signed in 2012 I did a show called Pearl Palooza in New York and you know I live in Los Angeles so its kind of the opposite side of America. It was this street show but on for like 7000 people and I was quite an experience as prior to that I think I’d played most to about 100-150 people at most so yeah that was an amazing moment for me.

How did you start out making music?

I guess it started because my dad was drummer and he introduced me to drumming, I was about 10 when I started. I was always interested in music, you know fiddling around on the piano and writing silly songs. I played in punk bands initially, really crappy punk bands in junior high and high school and also got into jazz, did the whole concert music thing but you know jazz was really what got me started and where I cut my teeth and learned a lot.

So I use a bunch of different game controllers, I used a joystick, a Wii remote, a game pad, a steering wheel and a few other things. Each of these things I’ve hacked so they act as midi controllers for my music software so basically I have them control different perimeters for example in a synthesiser, vocals effects etc. I think for me it stemmed from when I was a pretty remedial keyboard player but I knew how to play video games so its like a really natural thing and its also a very visual thing and novel so its cool.

Who came first the producer or the singer?

In a sense I was always singing when I was a little kid like everybody in the school plays and church or whatever but I was more interested in production and that’s what I went to school for and it wasn’t until the end of college that I realised I could sing and make that a part of what I do.

Even so, sometimes after that when I was more interested in being a drummer and producing It wasn’t until people started hearing my voice that I realised I should give it shot. I can’t stand my voice (Haha) 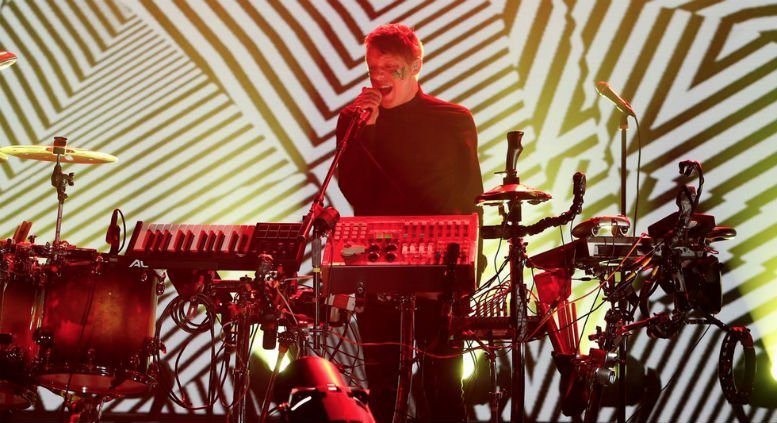 Had you been in any bands prior to your own?

Yeah – I played in a whole tonne of bands. I played drums in a lot of bands. I in maybe 5/6 folk bands, a bunch of punk bands in high school. I played in some indie rock bands and was kind of a hire guy and played at a lot of functions and weddings.

Where can see you see your sound heading over the next five years?

It’s exclusively classical music from here on out. (I joke) I have no idea honestly. I wouldn’t say I chase or follow the times necessarily but I do love listening to new music and taking ideas from the things that are happening around me and kind of riding those energies with the way of the time.

It’s fun, it offers new energy and it means you always have to keep pushing yourself and I wouldn’t be surprised if I put out an all rock album at some point. I come from that background and I don’t see it as being simply an electronic dance thing it’s the ‘Robert DeLong thing’.

Who would you love to collaborate with in the industry?

My favourite producer probably ever is Brian Eno. He’s done such amazing stuff I can’t imagine what we would make together beside so weird ambient music or something but he’s sort of my idol in a way but then you know, Flume right now he’s pushed electronic music in a different way and I would love to do a track with but you know he’s pretty cool right now, I guess I’ll have to get cooler.