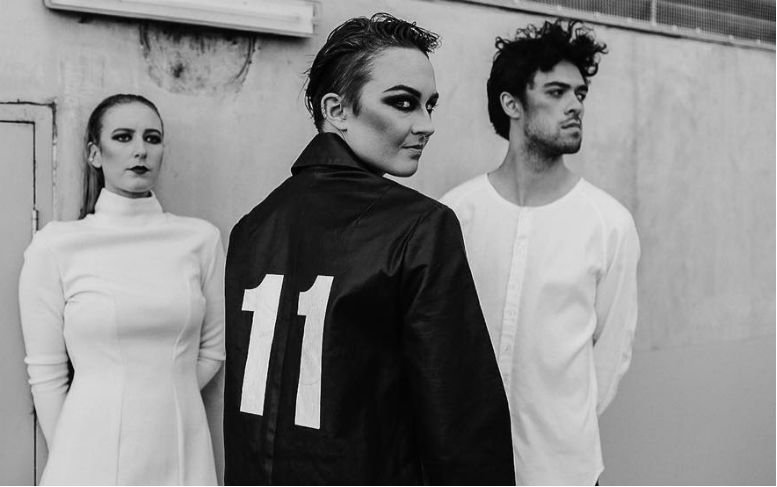 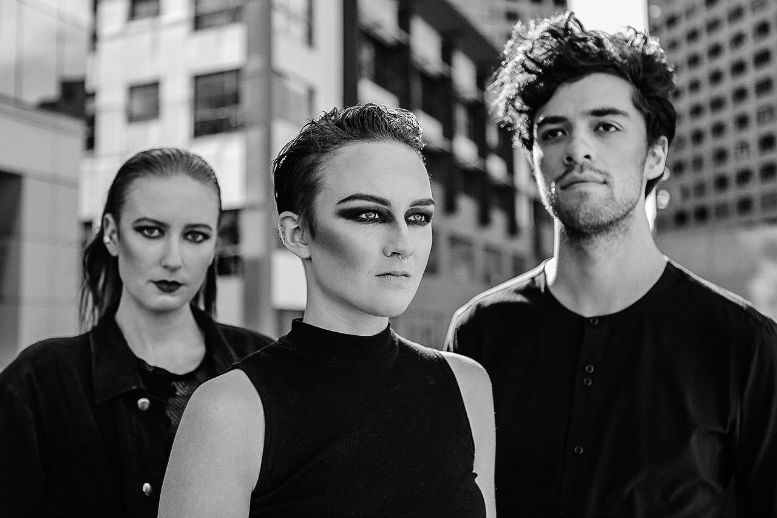 First up…why did you call your project RKDA. Any interesting reasons behind it?

We wanted a name that was feminine yet powerful and masculine as well. The word sounds pretty and we went with all capitals and an acronym as it looks more powerful.

I walked past a cafe in Melbourne and saw the word Arcadia and looked up the meaning of the word which is along the lines of “an imaginary place of bliss” to us that is what music creates.

Tell us everything we need to know about your single ‘Frontline’ and the accompanying video by Cacho Mendoza and Emma Rose Sullivan.

The single is the first Ana sings lead vocals on. It was really fun to write. We recorded all the vocals through an old 90s synth that we put a vocoder plugin into. The synth is actually what the EP is named after (Yamaha CS6x). It’s about being in a toxic relationship where you don’t think you can get out of but then realise it’s ok to leave. Life goes on and after time you’ll be ok! We wanted to replicate this with the video clip.

We turned to Cacho as he filmed us live and did an amazing job. He was so fun to work with. It was tough as the conditions were pretty bad on the first day and we were filming on slippery wet rocks near a waterfall.

Emma is friends with our manager and she came to us with a concept which we really liked. She had a great vision and really made the song come to life.

We also asked our friend Jac Meddings to star in it. He is such a nice guy and we thought he fitted with the song and the aesthetic we were going for. We were really lucky to have such a nice team to work with on this one. We also got to borrow clothes from our good friend who runs Scott Benedictine. It all just fit so well.

When did you form your band and what inspired you to make music together?

It started when I (Laura) was asked by my now manager to DJ a gig she’d put on as the headliner pulled out. I had never DJd before and so Guy who was doing sound showed me a few things on the night. They thought I wasn’t shit so they wanted to manage me and see where it went.

Guy and I then worked on a song together to promote what I was doing (which is Meta). The track was a lot darker than a dancy club track. I worked with Ana on the clip. We all just got on really well and they helped create the first track. The second track Guy and I were doing together and Ana helped out in the beginning with concepts and ideas. Within the first week or so of working on it I persuaded them both to ‘officially’ do RKDA with me and got Ana to sing some of the vocals as well on ‘Spaces’.

We all have different musical tastes and skills so that really inspires our music. We work really well together. It’s always fun! Things get heated at times but we also work together in different aspects of our lives so we just riff really well.

Can you describe RKDA’s ethos?

Hard work all the time! With Ana coming from a photography background we also are hugely a visual band as well. Everything we do when it comes to RKDA we want to represent us. From the images we use, the clothes we wear, make-up, sound etc.

We just really want to work hard and create something different (I think everyone probably says that). 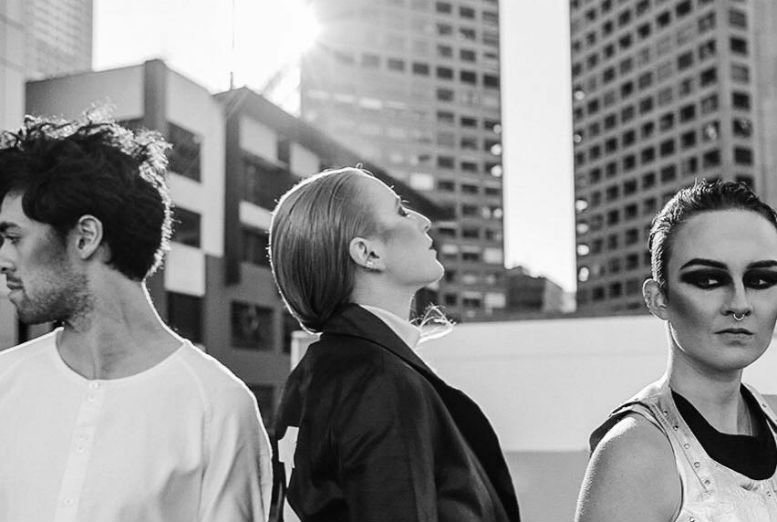 Songwriting inspiration happens everywhere around you. We all were travelling at the end of last year and I think being in different countries and listening to different music really helped to influence us. Also drawing from life experience. The good and the bad times. It doesn’t have to be detailed. It can be a simple word or a drum beat, synth line. Anything can inspire you to create something.

Art, Fashion and books are definitely a big non-musical inspiration. I find inspiration in people. Those who enter your life. Just thinking about them helps me to create words. If I’m stuck for something lyrically I’ll turn to a book or a magazine to find some inspiration. There’s no one artist in particular that inspires the way I write or do. I think it’s more genres. Ana and Guy tend to like a lot of shoegaze and we both like post punk but we’re also really into electronic (I think I’m the most pop oriented out of all of us). We also really try and find tracks that do things a little weird to draw inspiration from.

Yeah we are. We just played our first interstate show in Sydney and have one in Brisbane on the 20th of August and one back in Melbourne on the 1st of September.

The show in Sydney and Brisbane are a co-headline show with our label pal Aeora.

You can expect some moody tunes with some dance beats mixed in. We also do a cover of Delia Derbyshire’s track ziwzih ziwzih oo-oo-oo.

We are going to start working on a track with Aeora. She wrote a demo and our manager has been wanting us to do some kind of collab and we said if we were going to do one this would be it! It just fits really well and Guy is going to sing on it. His voice is amazing so paired with Aeora it’s going to be incredible. She is so unbelievably talented and has a weapon of a voice!

I’ve been really getting into this Spanish band called Huias. This artist opened our Sydney show. Her name is Odette and she is crazy good live. I also can’t stop listening to Young Fathers. I love their music and what they stand for. Tomas Barfod is another favourite and I’m also getting back into my LCD System.