RizLab revealed that Friendly Fires will be the next artists to work with RizLab – curating a one-off exploration of “The Past, Present and Future of Dance Music” in the RizLab arena on the opening day of Bestival. 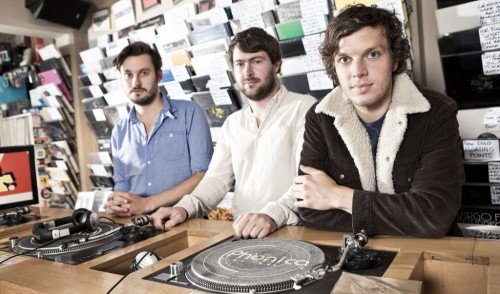 Friendly Fires commented: “Our goal was to have a line-up that acted as a timeline to show where electronic music started and where it is now. The idea was to create a bill of legendary yet varied names from the genre to create something perfect for Bestival. As a band we’re always been keen to show off our genuine love and passion for dance music. It’s great to have this opportunity to select our own line-up as it’s not something we’d normally have the opportunity to do.”

RizLab was created to allow credible, pioneering artists to freely experiment and embrace their creative passions.

Moshi Moshi founder Stephen Bass is one of the creative curators for RizLab commented: “I’ve known Friendly Fires for a while so, when we first started doing RizLab, they were the first band that I went to speak to. As soon as we started talking about what we could do they were immediately attracted to the idea of exploring their love of dance music in a live environment.”
FOR ONE NIGHT ONLY IN THE RIZLAB ARENA AT BESTIVAL ON FRIDAY 9TH SEPTEMBER
PAST: Frankie Knuckles and A Guy Called Gerald
PRESENT: Friendly Fires DJ sets and collaborations
FUTURE: SBTRKT, LONE and Totally Enormous Extinct Dinosaurs
www.rizlab.co.uk/projects
For more information on Bestival and to buy tickets check out bestival.net