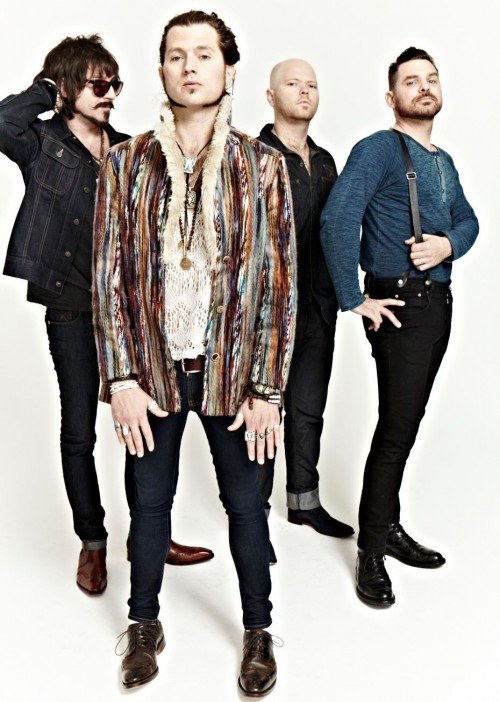 We here at Fame HQ are always happy to interview bands and artists at all levels. We pride ourselves on being able to help those on the first rung of the showbiz ladder and give their career a boost with our coverage.

On the flip side we do love it when more successful acts still take the time to speak to us. This healthy mix of entertainment and lifestyle articles, interviews, reviews and more are what we all all about here at Fame.

That being said we do enjoy a big name act remembering us for our previous work on them and appreciate them taking time to talk to us again.

Here are highlights from our interview with Robin Everhart (bass).

Hi and thanks so much for talking to us, we have been big fans of yours since you started out. What was your dream back then?

Always a pleasure! I mostly dreamt about being late for gigs and stuff.

Your career picked up very quickly and led to some high profile support slots. Can you tell our readers what it was like to be thrust into a situation like that. Did the main acts talk to you, or give you advice. Also were the fans appreciative of your material?

Getting the AC/DC gig was crazy. Jumping-on-the-bed-singing-Star-Wars crazy! And it was in Vegas… Had a nice chat with Brian after the show, tho it was mostly mindless babble. There’s really no cool thing to say to a rockstar like that.

I just stick with, “Thank you for the opportunity to play with you guys.” The fans were really good! But, I remember being disappointed at quite a few empty seats down front. I guess people that can afford the front row don’t need to show up on time/early. 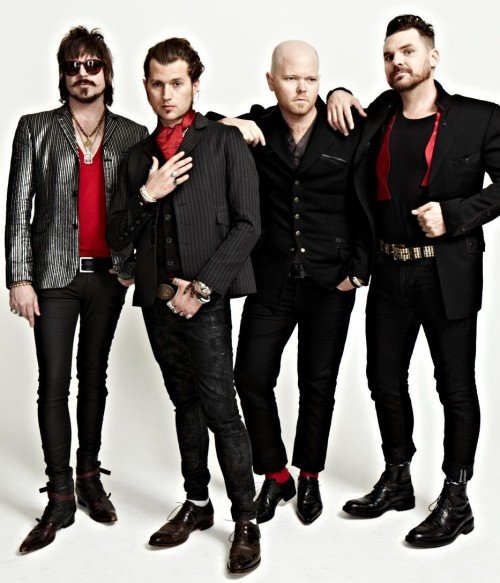 Did being on big stages like that make you hungry to be a headliner one day soon?

I actually barely remember the gig – I remember the house lights going off, the crowd roaring, a sea of light-up devil horns, and the stage manager shining a flashlight on something for me not to hit my head on. The set was a blur. Honestly, it was more weird than inspiring.

What inspires me is connecting to my band, the music, and the audience. In a giant arena, ‘connecting’ like I’m used to is out the window.

Really, it was headlining our own shows down the road and in other continents that really inspired the desire for more headlining.

Like, playing our first festival in Japan and having a bunch of Japanese kids singing our lyrics back to us. That’s inspiring. Not glomming on to a superband.

You have to date released three successful albums. Are you working on any new material for a fourth?

Technically, we’ve released 4 albums already: Before the Fire, Rival Sons EP (Which is as long, time-wise, as any of our ‘full lengths’,) Pressure and Time, and Head Down.

All of which we record the same way: with no material prepared ahead of time. We simply book studio time and get in the room together and write on the spot. So, no, not working on any new material – tho, I’d love to have some studio time booked!

I must ask you about your video for ‘Wild Animal’ (from your album Head Down). You got fans to submit clips for it. How did you get the idea and were you amazed by the response?

Our good friend Talita had the idea, and it was to fill a very basic problem. We had no budget for a song that was already getting played like a single on radio stations like the BBC – we needed a video, and fast! I’m happy and humbled that our fans always respond so quickly and creatively to all our demands! Ha! 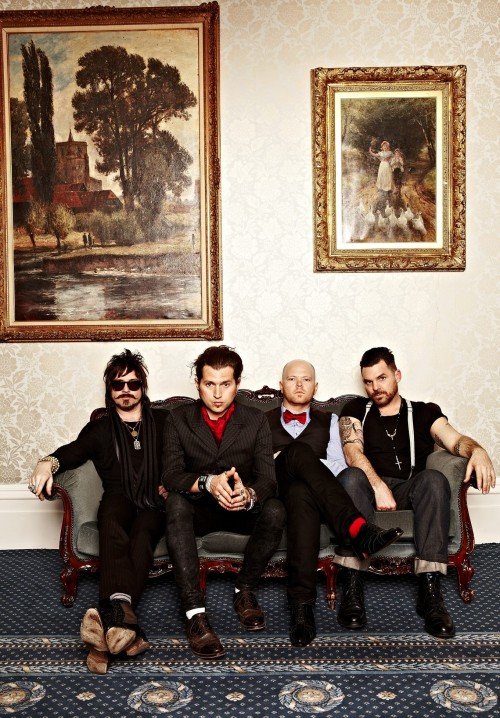 Since the advent of music downloads and social media sharing. Have you as a band made more of an effort to embrace the world of social media. For example can fans actually interact with you on facebook or twitter?

Sure. Hit me up on Twitter: @robineverhart – tell me FAME sent ya!

Do you still believe in the CD and its part in the music industry?

Nope. Well, I believe that it exists… But it’s very unimportant to me, and the business. Although, I do enjoy that people wanna buy them from me at shows, since that’s basically the only way I make any money. But, I wanna think of an even more creative/fun way to sell music.

Let’s go back to the start of Rival Sons and ask you how the band formed, and also if there any stories from back then your fans may have not heard?

Did you guys know I met Miley on a jazz gig at Isaac Hayes’ house in Bel-Aire? He and Scott were already jamming with another singer, and I joined up shortly after. We signed a deal. Got shelved. Then found Jay on Myspace. Pretty typical, really 😉

You have toured pretty much across the globe to date. Do you have any one place you enjoy playing over the others?

Where are your readers from? THERE! 😉 C’Mon, man, that’s a loaded question… I like playing in the studio. But if you’re gonna force me to choose, I’ll pretty much choose based on how we get treated backstage – and so far Belgium and Switzerland are tied for the lead. So SORRY EVERYONE ELSE – you suck 😉

Do you enjoy life on the road, when you are touring? Have you any road tales, you wish to share with us?

Sometimes ‘yes’, most times ‘no.’ I enjoy going on walkabouts and sightseeing. I saw an opera in Tallinn. Found a 500 year old vineyard in Treviso. And walked 3+ hours down Elston Rd. in Chicago in a light rain to get to my gig – now THAT was scenic!

Whilst we know you have a great future ahead of you. We have to ask you have you any highlights so far, that you wish to share with us?

It’s really all one big highlight. Flying to another continent and having people know who you are is a pretty flattering. Really, it’s probably the people we get to meet. (Awwwww… that makes up for #9, right?)

So what does the rest of 2013 hold for Rival Sons?

Tours, Tours, Tours!!! With a bit of a focus on our home away from home: the US!

You have won numerous awards since your formation. Can you tell our readers what it means to you to win an award. Do you feel humbled to know people have voted for you, or given you such a vote of confidence?

Absolutely humbled. Daily. But, for me, the award matters little. I just want people to listen intently. The fact that I’m still able to do this means that is happening. Thank you!

Finally have you any words of advice to any young rock bands out there just starting out?

Study Dentistry 😉 and Listen INTENTLY. Play with people better than you, and never stop learning.