Hi RIPL! Please introduce yourself to our readers:

Hi, my name is RIPL and I’m a German born singer-songwriter and self-taught multi-instrumentalist currently based in sunny Scotland. I released my first single as a solo artist titled ‘Of Course I Can’ last year and, my new single ‘EMA’ is out now.

What’s your new single ’EMA’ all about?

It’s about reflecting on those times in life when you try desperately to make yourself heard, it’s an emotion-strewn creation.It’s about whether what you say can communicate to someone else what you mean and how important it is to you.

You’ve been compared to the likes of Frank Turner and Ben Howard, would you say they’re influences of yours?

It’s an absolute honour to be compared to such amazing artists. 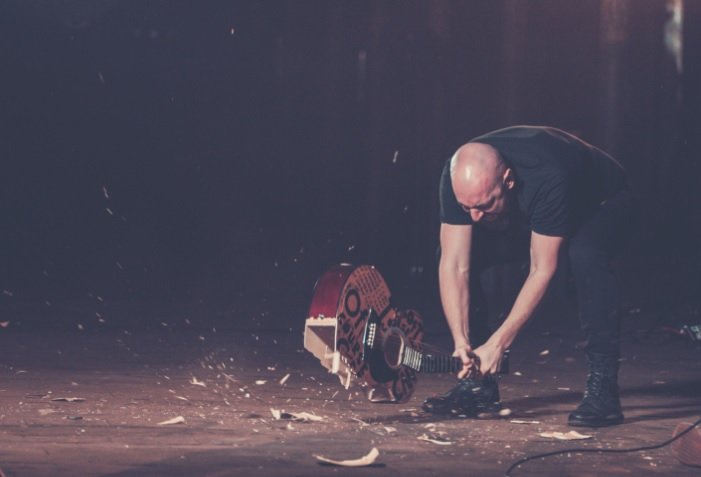 How does the Scottish music scene compare to the one in Germany?

Well, in Scotland there is a quality music scene and in Germany we got mountains and rivers. Everyone is blessed in their own way.

You were the first German musician to record at the infamous Abbey Road studios – how did this come about?

Everyone asks me that, but I’ll take that one to my grave, sorry.

Since I came to Scotland four years ago, I’ve had the opportunity to work with a number of incredibly talented musicians and producers – the diversity’s been incredible. In order to collaborate successfully though, I don’t think people have to be award winning producers or professional musicians – there’s an awful lot of talented young people in the music scene in Britain.

I really hope that I can collaborate with some musicians, artists and producers that I haven’t already worked with, in order to broaden my horizons and gain new experiences. Like, I did for the video for my new single ‘EMA’ with an artist from Glasgow named Alan Graham. Shooting some videos would be nice too, like the one I did for ‘Of Course I Can’. At the moment we are in talks with an American punk band to collaborate on a track…and making it to my 28thbirthday without dying would be nice, as this age seems to be very dangerous for musicians.

Last December I played my first gig in Germany for four years, so I’ve decided to tour Germany this summer.To prepare for the FRINGE festival in Edinburgh though, I’ll also be playing at one of my best friends wedding this summer. A very intimate gig.