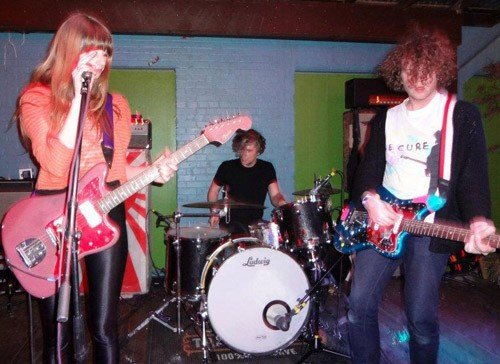 Texas’ finest Ringo Deathstarr (Elliott Frazier-guitars & vocals), Alex Gehring-bass-vocals and Daniel Coborn-drums), have announced details of their second album, ‘Mauve’, released through Club AC30 Records on Monday 24th September 2012. The album will be preceded by the amazing single, ‘Rip’, on Monday September 10th.
‘Mauve’, produced by Elliott Frazier from the band, was recorded at The Bubble in Austin, Texas and Skylab in Los Angeles in the spring of 2012.