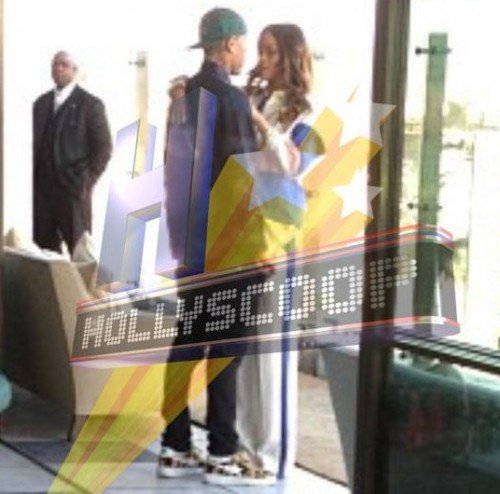 After Chris Brown was involved in a car accident on Saturday after being pursued by paparazzi. Shortly after he went to ultra private Soho house in West Hollywood where he met up with Rihanna.

Hollyscoop has exclusive photos of the star embracing in a passionate hug. Rihanna was dressed super casual in a blue and white tracksuit while Chris was in all black.

Chris was on his way to the Debbie Allen Dance Academy for a Symphonic Love Foundation event when two vehicles cut him off. The paparazzi jumped out, with cameras, and aggressively approached his vehicle.

He tried to escape the paparazzi by taking a few back roads but was met with two other paps. His car was totaled from the car accident.

His rep said, “Chris’ vehicle was totaled due to this aggressive pursuit by the paparazzi. He is okay,”
By Emma Collins / hollyscoop.com