VOGUE cover girl Rihanna looks amazing in the cover shoot by Annie Leibovitz and she talks about â€˜fame, family and how she really feels about her curvesâ€™ and how she has been getting into shape for her role in film Battleship. 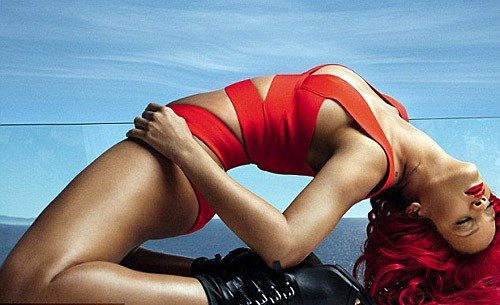 Rihanna points out three women sitting together who have identical blonde hairstyles and quickly reads them: â€œThat oneâ€™s the mother,â€ she says. â€œThe one next to her is her daughter, and then next to her is the daughterâ€™s best friend.â€ She sneaks another look. â€œThe daughter got the haircut first, and the other two copied her.â€ Pause. â€œTheyâ€™re like three matching Barbies.â€ And then, out of nowhere, she switches into a dead-on omigod Valley Girl accent. 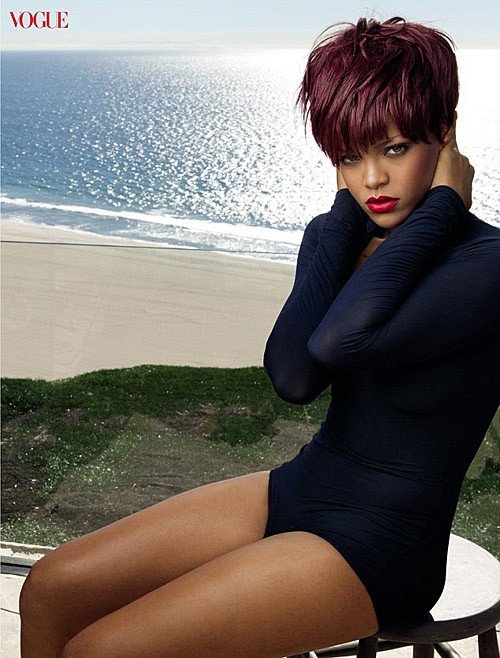 â€œI love reading people,â€ she tells me later. â€œI really enjoy watching, observing, and being able to figure out a person, the reason they wore that dress, the reason they smell the way they do.â€

Her perceptiveness in some ways acts as a shield, because as provocative as Rihanna can be, there is something tough and guarded about her. As her label chairman and CEO, L.A. Reid, says, â€œShe became a star before she became an adult. Her nature is to protect herself.â€ Here at the game, for instance, what the cameras and fans canâ€™t see is the very fine gold chain around her neck with a teeny-tiny charm dangling from it that says F*** YOU. 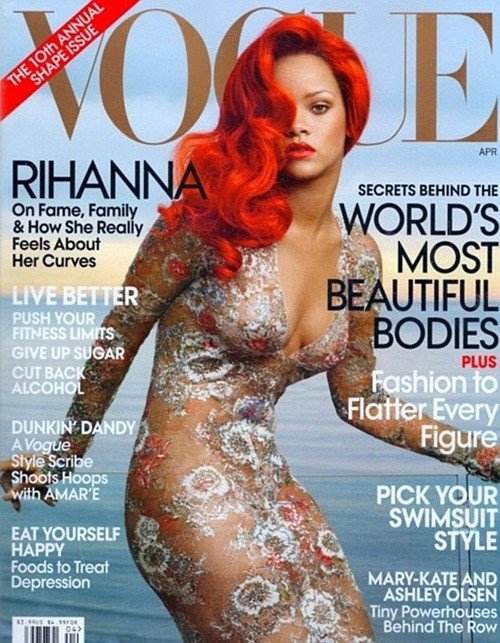 It is exactly this aspect of her personalityâ€”the playful badassâ€”that landed Rihanna her first acting gig, a role in Battleship, the $200 million summer action movie based on the Hasbro game and directed by the actor turned director Peter Berg (Friday Night Lights).

Also starring Liam Neeson, Alexander SkarsgÃ¥rd, and Brooklyn Decker, the film follows an American fleet that encounters an armada helmed by aliens and engages in a no-doubt totally awesome, save-the-world battle at sea.

(Not scheduled to be released until May 2012, it is already making waves: Avatar director James Cameron has said that its board gameâ€“based premise â€œdegrades the cinema.â€ When I ask Berg about that criticism, he replies, â€œIâ€™m a huge fan of James Cameron, and as always, I thank him for his support.â€)
READ THE FULL INTERVIEW IN www.vogue.com