Right Said Fred, the duo comprising Richard and Fred Fairbrass, have announced plans for their Night Of The Living Fred UK tour as well as details of a new album, DVD and website. 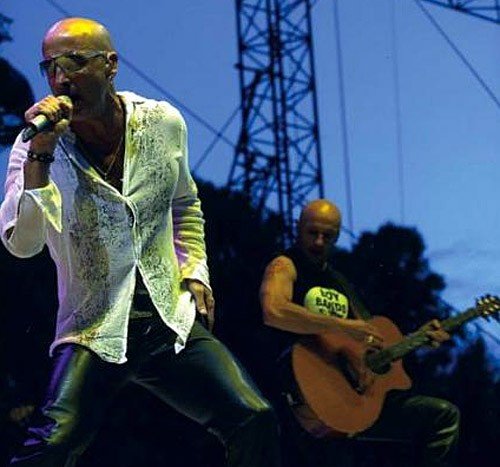 The band who back in 1992 were the first act since the Beatles to reach No.1 in the USA with a debut single, have decided to take a break from their usual European stadium circuit in order to get back to their roots and connect with their fans on a more intimate basis.

Right Said Fred recently announced a deal with investment fund Icebreaker and will be releasing a new DVD and album (both distributed by Universal) as part of a double-pack on April 11th 2011.

The DVD, Night Of The Living Fred (An Evening With Right Said Fred), was recently filmed before a packed audience at the Leicester Square Theatre and features the Freds letting their hair down and spilling the beans on sibling rivalry, debauchery at the home of one of the worldâ€™s greatest porn-stars and what really happened to that Toblerone bar in the American Hotel in Amsterdam.

The bandâ€™s new website enables subscribers to obtain a free copy of Stop The World as well as access to exclusive copies of the Night Of The Living Fred DVD.

Richard comments: “We love being connected with our fans and this new website will bring that connection even closer. We plan to use the site to become even more intimately involved than we are at present, both of us will be online and directly in contact with our audience.”

Fred adds: “The thing that this enables us to do is keep in touch with fans wherever they are and wherever we are in the world, all the time. We are lucky to be able to perform all over the world, but we can only be in one country at a time. Now we can do a show in Germany and share the experience with the USA, Japan and back home…it’s really exciting.”

Right Said Fred have sold over twenty million records worldwide and their singles – including Iâ€™m Too Sexy, Deeply Dippy and the NFL stalwart Stand Up For The Champions – have hit the No.1 slot in 32 countries.

Their new album Stop The World and new DVD Night Of The Living Fred will be released on April 11th 2011. Both are distributed by Universal.
Right Said Fred – Stop The World Album Sampler by rightsaidfred
To this end the brothers will be enjoying a Q & A with their audience as well as performing some of their greatest hits, and some newer, more poignant, lovelorn ditties (firmly allaying themselves with English bedfellows like Madness and the Kinks), on the following dates:
April 25th Birmingham O2 Academy3
April 27th London Islington O2 Academy2
April 28th Sheffield O2 Academy2
April 29th Liverpool Guild Of Students, Stanley Theatre
April 30th York Fibbers
May 6th Stockton On Tees The Arc
May 7th Cleethorpes Pleasure Island
May 13th Huddersfield The Warehouse
May 14th Hull The Piper Club
Box Office Number 0844 477 2000 / www.ticketweb.co.uk
www.rightsaidfred.com