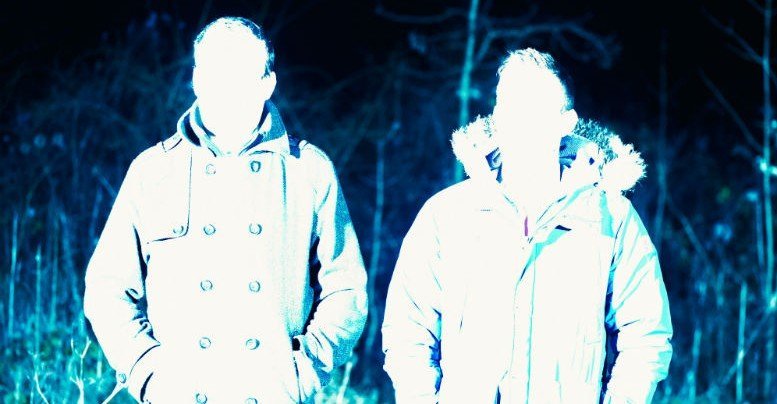 We’re fine thank you for asking. How are you? We’re very excitable right now as it’s really nice to see people talking about our new album and to get to answer questions like these.

How did the band meet and when did you form the band?

We were in another band together called Vito and formed Right Hand Left Hand whilst on tour with that band in mainland Europe. We were tour support to a band called Sophia which is fronted by Robin Proper-Shepherd formerly of the God Machine and had just finished a gig in the Vera in Groningen Netherlands. We were having a post gig pint in the bar downstairs and started talking about doing something as a 2 piece. We were mid conversation when we were both stopped in our tracks by how good this song was that the DJ was playing in the background. We went and asked and it turned out to be Slow Response by Trans Am.

Not long after getting back from that tour we ended up sharing a flat together and whilst watching a great film called Night of the Hunter we came up with the band name. The film is a 1950’s Robert Mitchum movie and there”s a fantastic monologue in it where he tells the story of “Right Hand Left Hand” and goes on to depict the battle between love and hate with his hands clasped. We then worked out what kind of equipment we’d like to use and the loopstation became our “3rd member”.

We followed that by booking our first gig and then did nothing for a while. Then 2 weeks before our gig we realised we didn’t have any songs so frantically learnt how to use the loopstation and wrote 6 songs for our gig. There’s nothing like a bit of pressure to make something happen. Anyway, the first song we did was a cover of Slow Response by Tran Am and the rest followed from there. 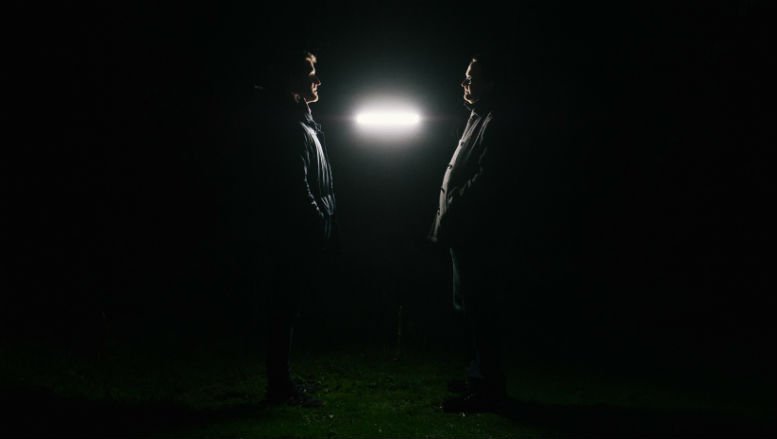 You have already released one album and are due to release your self-titled second album in February. What can we expect from your new material?

The new material is a lot more complex than the first album in terms of how we use the technology. We’ve learnt a lot more about looping and added some extra things like a synth on an iPad and an extra drum kit on a couple of songs. The looping on the first album mainly involved layering 1 loop that would play throughout the song and just layer onto that or just play the other parts around it. This new album takes the looping to a different level along with the instrument swapping between the 2 of us as well. The songs are more mature I think and more focused and succinct. A lot of what we do is very visual with the instrument swaps and multiple changes and it can sometimes be difficult to envisage what’s happening when all you’re doing is listening so on this album the added level of looped intricacy hopefully helps that a little.

You are based in Cardiff is that correct? What is the music scene like back home?

We were based in Cardiff when we started and we certainly record and rehearse in Cardiff but only one of us lives there now. The other has moved up into the South Wales valleys but it’s all close enough and easy to get to. The music scene is vibrant in Cardiff. Loads of great bands, more venues to play in than ever before and lots of good independent promoters and labels doing some really interesting stuff. Key events like Swn festival are a good example of just how great the city is.

As a duo how do you go about the writing process?

Our process is kind of dictated by the loopstation and the technology that we use. It normally starts with a loop or riff that one of us has come up with which we will loop and then improvise along too for a while. We throw as mush at it as possible and then see which additional loops and parts stand out and start to edit it and arrange accordingly. Sometimes it will end up being very far removed from the original loop or not but it is a very organic process nonetheless. We’re always pushing to do new things and challenge ourselves and very often we’re still tweaking the arrangement for live purposes even after we’ve recorded it. It never seems to stop.

How has being in a two-piece band differed from bands you have been in the past? Does this impact upon the creative process?

It means you don’t too many people to ask the opinions of when you make decisions. That understandably used to slow us down a little where as now it only needs 2 of us to be happy and it’s done. That applies to the creative process too.

Where would you say your sound fits in todays musical landscape?

I have no idea. We tend to leave it to the listener to decide. Genres are so sub-divided these days and there’s a fan base and community for every single one plus they cross over. Our music seemingly gets listeners from lots of different places and the types of bands we’ve supported over the years kind of shows that we appeal to people for different reasons.

For those who haven’t seen you play live, what is a Right Hand Left Hand live show like?

It’s a very visual thing. Lots of instrument swapping and changing places goes on so there’s always something happening. We have a lot of equipment just for 2 of us that’s for sure and the closer people can get to us the better. It can be enjoyably tense for us we are recording live loops so it’s got to be spot on.

How long have you got? We’d love to support Trans Am for reasons already mentioned. Scott Walker and Mogwai would probably be others. We just love playing gigs and don’t get to do it as much as we would like so hopefully that will change with this album.

What can we expect from Right Hand Left Hand throughout 2016?

We’ll hopefully be playing shows to support our album. There are a few booked already and we’re working on others and are open to all offers. We’d like to get some festivals under our belt too. One thing is for certain we’ll definitely be looking to record again. We have some new material already and we need to decide whether it’ll be another album or maybe an EP. We’d also like to maybe do a split single with someone and we’ve already talked about writing a few songs and get friends of ours to guest on them.