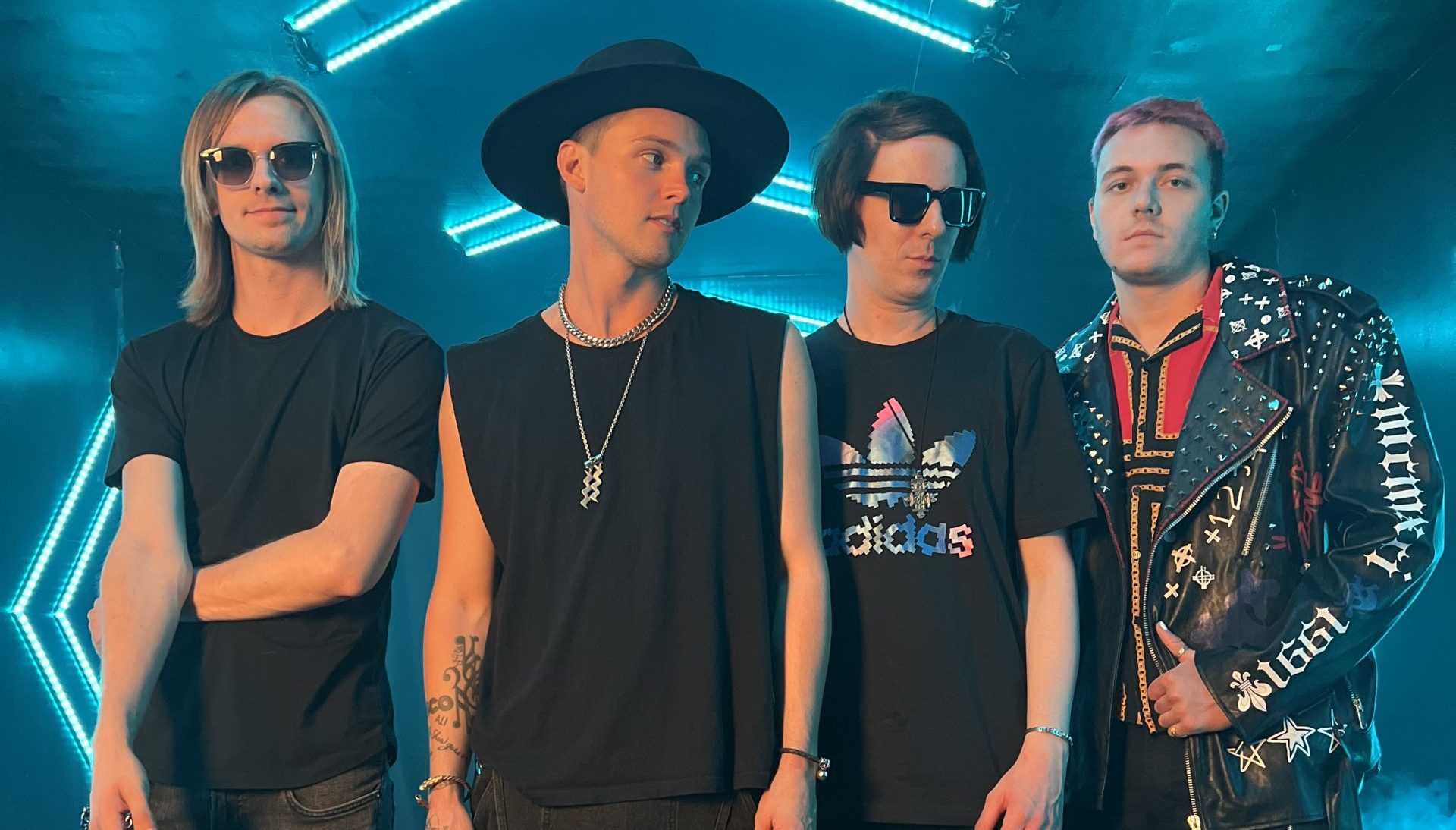 'The music industry can do a better job at not glorifying the "troubled artist" that writes great music and dies young and instead normalizing the conversation about mental health in the industry.'

Social media has become a fundamental part of our society, but not without consequence. It’s been shown to have negative effects on users’ mental health and well-being, and while it has become the most popular way for people to connect with one another, it can have the opposite effect, leading to increased feelings of isolation, depression, and anxiety. Richbreed‘s new single Overdose, out today, explores this very pressing theme today’s hyper-connected society. We caught up with Richbreed this week for a QuickFire Questions interview, where they share some more of their insights related to this topic.

The lyrics of Overdose were inspired by the loss of a friend that occurred due to the stresses of social media. A repeated verse reveals the narrator’s social media addiction and sense of loneliness in spite of the outward appearance of constant connection:

The track sees a restrained beginning crescendoing up to the synth-heavy chorus underscored by a moody bassline. Its lyrics take on a first-person confessional format, with vocals spending most of the time in a numbed-out, steady sing-speaking style, before bursting free into a cathartic and emotive final repetition of the verse.

The group will be releasing an accompanying music video in partnership with mental health charity MusiCares. They are also due to perform in Los Angeles at one of the upcoming Breaking Sound Events on August 17 at Kiss Kiss Bang Bang. Tickets here.

Be sure to stream Overdose and read our exclusive interview below.

Congrats on the release of Overdose! How has the reception been so far?

Thank you! This is the best engagement we’ve seen with a release. People are giving us the most response to the concept and message of the song which makes us very happy and grateful that people are actually listening to the entirety of the song and the lyrics, not just the drop.

In your own words and experience, what role can music play in mental health and alienation in today’s society?

That’s a great question. Music at its core, for the most part, is used as a tool to help with mental health issues. We all have a song that we remember may have gotten us through a tough time, or one that reminds us of a tough time in our life. We think the music industry can do a better job at not glorifying the “troubled artist” that writes great music and dies young and instead normalizing the conversation about mental health in the industry.

How do you think social media has affected society and the music industry?

That’s a loaded question haha. We have talked to so many artists and individuals who all say the same thing: “I feel like I can’t form real connections with others on social media.” We are all influenced by “influencers” not so much in the way that forces us to buy products, but more so in a way that we try to post versions of ourselves that aren’t authentic. We see something that gets a lot of likes and subconsciously we think that’s what we need to look like or act like to get the same kind of attention. Everyone wants to be heard and seen and the funny part about it all is that you become more visible and listened to the more authentic you are.

How did you meet and form Richbreed together?

I (Austin) was coming off of my show on Netflix when Atla reached out to me via Instagram to write together. I (Atla) saw a few videos of Austin performing and I knew I had to reach out to him to try to capture some of the star power in the studio. We were only supposed to write one song idea. I (Atla) sent Austin a demo to write to and he liked it so much that we were able to finish the song in 2 hours. We quickly realised how much good energy we had working together and after two more sessions for Richbreed 3 years ago I think.

What are your aspirations as musicians?

We want to provide experiences that offer more value than just coming to see a band. We are focusing on creating an experience that leaves you asking a lot of questions. The connection that we want to form and the community we want to build is what inspires us to keep going every day.

What are your favourite and least favourite social media platforms and why?

We definitely don’t have favorites because we’d rather not use any, but if we had to choose a favorite it would be a tie between Instagram and youtube shorts, and believe it or not, our least favorite is Tik Tok. Favorites go to Instagram and Shorts because of the ability to post multiple forms of content and the editing platform is easier to use on both. Our least favorite is TikTok because they only show us the same kinds of videos over and over again. No new exciting content, just girls shaking their asses or someone trying to sell you a course haha.

What is your favorite thing about what you do?

Our favorite part of what we do is the connection and community with other like-minded people. It’s meeting the individual who listened deeply to our messages that helped change their way of thinking to become rich in knowledge, friendship and experiences. Meeting and bringing in people that live by our mantra is why we do what we do.

MusiCares helps the humans behind music because music gives so much to the world. Offering preventive, emergency, and recovery programs, MusiCares is a safety net supporting the health and welfare of the music community. Founded by the Recording Academy in 1989 as a U.S. based, independent 501(c)(3) charity, MusiCares safeguards the well-being of all music people through direct financial grant programs, networks of support resources, and tailored crisis relief efforts. For more information please visit: www.musicares.org