Anyone with a passion for theatre has the opportunity to see one famous face in action if they are staying in London hotels next year.

Richard Wilson, who is perhaps most famous for his role as grumpy Victor Meldrew in the BBC series One Foot in the Grave, will be taking to the stage in a production of Shakespeare’s Twelfth Night.

The spectacle has come to the capital after a critically acclaimed run in Stratford-upon-Avon and is being presented by the Royal Shakespeare Company.

Wilson plays Malvolio and it is the first time he has joined the cast of this famous theatre company. The play is on at the Duke of York Theatre until February 27th 2010. 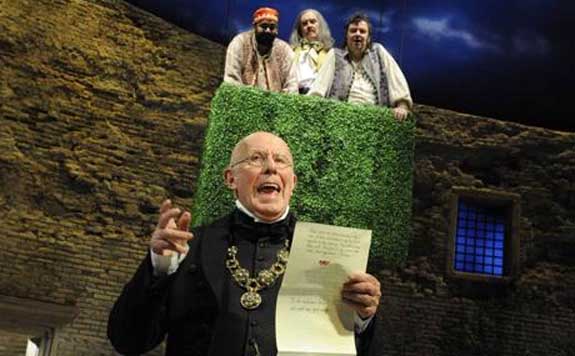 Twelfth Night is one of the famous of the playwright’s comic tales and also stars Sam Alexander, Nancy Carroll and Alexander Gilbreath. This production is directed by Gregory Doran.

It tells the tale of Viola, who is shipwrecked on an island and, after disguising herself as a boy, becomes a servant to the Duke Orsino.
He sends her to woo Lady Olivia, who consequently falls in love with the young ‘boy’.

The Royal Shakespeare Company has been operating in its current format since 1961 and is one of the most famous groups of its kind in the world.
www.dukeofyorkstheatre.co.uk