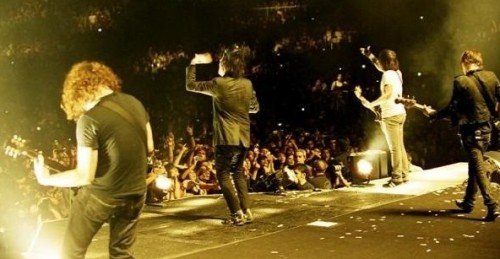 Flying from a Belfast winter to a Melbourne summer to go to a gig is crazy right? 12,000 miles to see one band? Nuts. It was 40 degrees! So, was it worth it? Read on…

The Big Day Out travelling music festival is now in its 20th year. Its line-up could best be described as ‘eclectic’: this year features acts as varied as Soundgarden, heavy metallers Cavalera Conspiracy, headliner Kanye West, and the reason why this reviewer is here: My Chemical Romance.
The setup is such that the 2 main stages are right beside each other, so when one act finishes, the next starts immediately.

With this in mind, I made my way to the barrier during Australian hip-hop act Hilltop Hoods…and stayed put!

By the time adjacent stage performers The Living End’s set was drawing to a close, the area in front of the Orange stage was packed tight with the MCRmy: a hot, squirmy mess of excitement and anticipation! Here we go…!

The band burst on stage to Na Na Na, the first single from recent album ‘Danger Days: the True Lives of the Fabulous Killjoys’.

A rapturous scream erupted from the crowd (it had, after all, been 6 long years since they had seen MCR live!).

They then blasted into their classic anthem ‘I’m Not Ok (I Promise’), which the impassioned crowd sang back to them.

This was an hour long set of classics and favourites: ‘Mama’, ‘Helena’ and ‘Teenagers’ all featured.

The aforementioned album ‘Danger Days’ was also featured, with 4 songs being played.

The band looked like they were having the time of their lives, despite the astonishing heat: singer Gerard Way belted out every song like his life depended on it, but always with a smile on his face, whilst brother Mikey and guitarists Ray Toro and Frank Lero swapped positions and traversed the stage with ease.

Gerard apologised for the length of time it had been since they had last visited these shores, and promised it wouldn’t happen again, making every fan’s day!

Ending their set with favourite ‘The Black Parade’, the band left the stage looking exhausted yet satisfied (much like the ecstatic fans).

So, to answer my earlier question, was it worth it? HELL YES.

This band put on the best live show I’ve ever seen, hands down. Proud member of the MCRmy!
By Melanie Brehaut 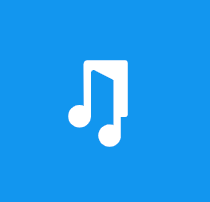