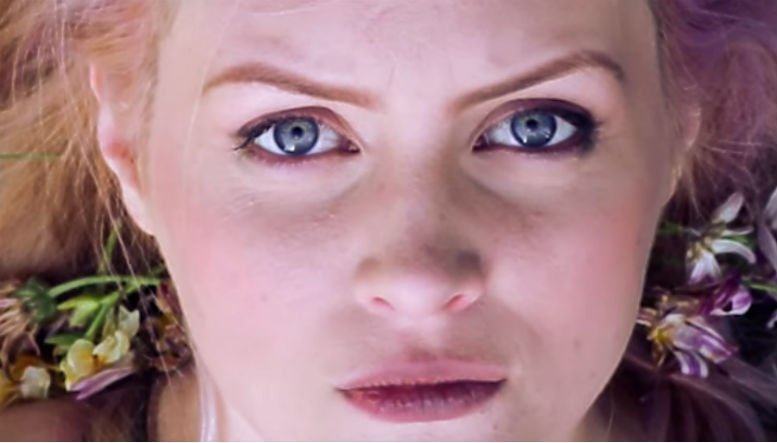 Reverieme’s latest EP ‘Or Else The Light’ straddles the line between sadness and playfulness. With a stunning video for ‘Plankton’ that will make your skin crawl, featuring Reverieme (real name Louise Connell) singing while cockroaches walk over her face, it was the right time for a Q&A…

Hi! My name’s Louise and I write and perform melancholic pop music.

It’s a culmination of hating my own name and Ioving the meaning of the word “reverie”. I think looking at songs like they’re dreams is a fair comparison, because of the way they meld incoherence and meaning so perfectly, so the name seemed apt! Adding ‘me’ to the end was just a way to separate myself from other artists with the same name. I also like how grown adults turn into gibbering meltdowns when they try to pronounce it.

Your EP ‘Or Else The Light’ is out now – please tell us some of the themes running through the EP.

There isn’t much in the way of one coherent or continuous theme throughout the album. Most of the songs were written over the past year, though, so, to that end, the gelatinous brainy goo from whence they came is probably the same. The album is comprised of songs chosen from a much larger group and there are quite a few tracks lying in wait, like noodly snipers, that we haven’t chosen for this particular release.

They’ll be reunited on the full album on which I’m currently working: ‘Straw Woman’. Each track has its own story, though I feel like it’s far more sensible for the person listening to decide what that story is. If I could explain myself properly through anything other than the songs I write, then I probably wouldn’t need to write them. 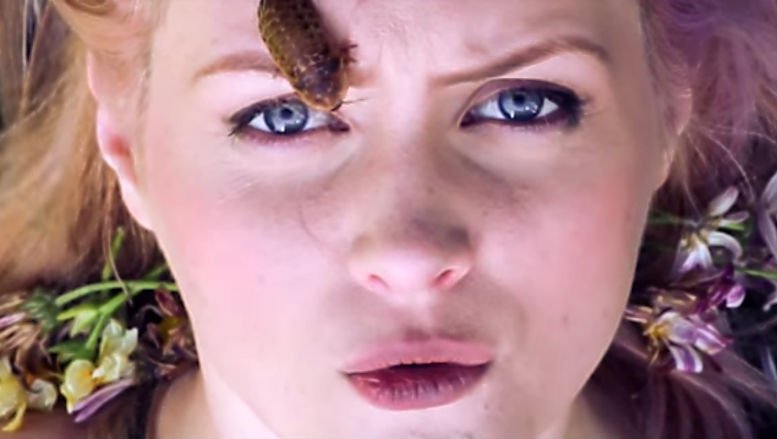 Your video for ‘Plankton’ has cockroaches walking over your face – tell us more about this. Was it unbearable or did you get used to the little critters after a while?

I’m hugely tangential and terrible at paraphrasing, so I have around 2000 words on ‘Plankton’ over on My Blog.

The video was, whether consciously or not, an attempt at some sort of castigation, because I felt the song was very selfish (and I am endlessly apologetic about this, but I’m about to quote myself): 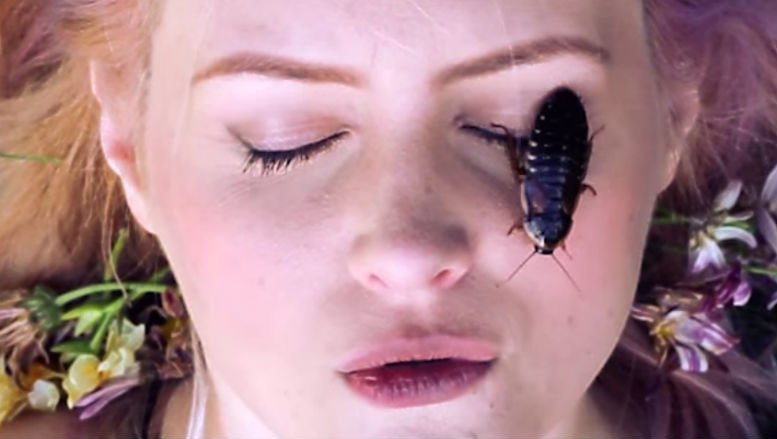 In the end, the roaches weren’t really a punishment or penalty at all.

Lying on the grass, worrying about how much of an irritant insect faeces are and feeling the blue hue of my skin steadily darken with the cold wasn’t the most comfortable experience I’ve ever had, but it wasn’t such a struggle either. Watching it back, I like seeing myself flinch and squirm as they amble over my eyes and mouth, but that’s when I realise the scariest part of the video is the intimacy of it.

The radius of my comfort zone is about two metres, but this is as close as you can get to my face without your eyes getting wet (that’s a Mighty Boosh reference, not a hugely inappropriate comment). The terrifying part wasn’t the filming, it’s the thought of other people watching the video. 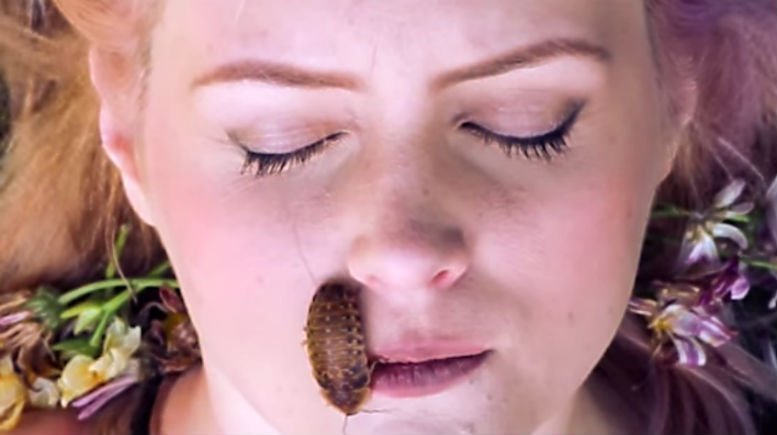 In Plankton you sing: “You’re so much life and platonic woman.” Who are you singing this for / about?

I’ve tried to abridge this a few times, but I could write a thesis on whether or not to have dessert, so I’ll quote a little here (while trying to ignore the feeling of my skin crawling as I quote myself, yikes):

In my old job … I would assist with pregnancy ultrasounds and very occasionally I would be present when a woman was told she had miscarried. I often make light of how terrible pregnancy seems (”It didn’t work out for John Hurt, you know.”), but in a reality where so many women lose children, and the worldwide mortality rate for pregnancy is around 1 in 100, it isn’t really a joke at all.

It’s partly what ‘Plankton’ is about: being there when someone finds out that the future they had been imagining, a future so vivid it’s saturated their present, is gone. And there’s nobody to blame. The song is selfish, really. It was me trying making sense of something unfathomable, unscrambling ideas till I could form a lucid opinion: that those women were still whole and right and strong. 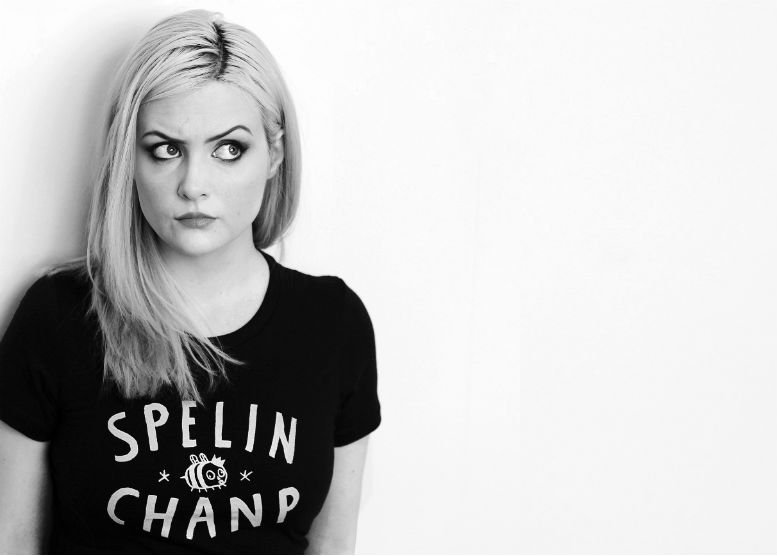 Scotland is producing some incredible artists at the moment, can you give us a few recommendations?

It’s mentioned that artists like Kimya Dawson and Amanda Palmer are inspirations – what is it about these artists that inspired you growing up.

I totally adored them, specifically their writing. Kimya Dawson is probably my favourite lyricist; she has this beautiful, unique way with words. You’ll think she’s singing about something very everyday, until the song ends and you realise you’ve totally changed how you think about life. So many songwriters deal with tough subjects in a very grand, sentimental way. Kimya Dawson is like an antidote of sincerity.

I love the way Amanda Palmer writes, too. I was obsessed with the Dresden Dolls during my teens, and every time I saw them live, I was so aware and so in awe of the way Amanda Palmer took charge and fought against compromising the way she presented herself and her music. It was so special and important for me to see and listen to women like that in those fairly formative years. Not that it’s a male-dominated industry, or anything. 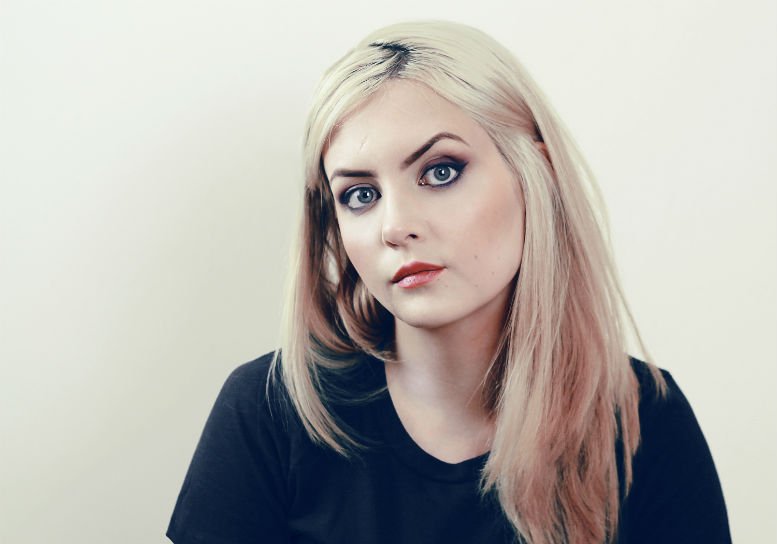 Your songs seem full of intricacy and introspection – how is this translated live?

This won’t have translated in my short, concise writing (hoho!), but I do tend to ramble and wander off on tangents when I talk. I’ll chat away live and make terrible jokes before awkwardly segueing into a fairly delicate, emotional song and I’ve found I quite enjoy that dynamic. Sometimes it backfires, though. At one recent gig I made a daft quip about Charles Xavier from The X-Men and watched as the only two bald men in the room shuffled out during the middle of my next song. I’ll let you decide whether that was a coincidence or not.

If you could support any artists – dead or alive – who would it be and why?

I’d support Patti Smith, because she is the queen.

What are your plans now the EP is out?

We’re currently working on a full album, about which I’m very excited, that should be out at the end of this year or the beginning of next. It’ll have some of the same songs as ‘Or Else the Light’ but with a much bigger sound. The screamo version of ‘Venus’ is my particular favourite.

Finally, please tell our readers something surprising they wouldn’t expect of Reverieme.

My favourite movie is Army of Darkness.

‘Or Else The Light’ is out now via 9th Story Records.