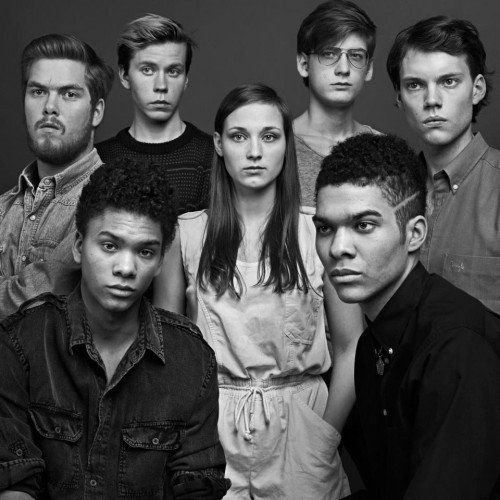 Watch Iceland’s Retro Stefson’s new video for ‘She Said’, which sees the band donning wigs and glitter for a twisted & disturbing yet gloriously colourful affair.

Fronted by brothers Unnsteinn and Logi Stefánsson, they have been making music since they were 16 – a fact that goes some way to explain how a band quite so young sounds so mature. Their previous two LPs were released locally and eagerly devoured by the Icelandic audience, but on this third full length, Retro Stefson showcase a sound that demands attention the world over.

Taking influences equally from the worlds of dance, pop and indie, Retro Stefson’s new found 7-piece line-up create a live show that is truly extraordinary, as the crowd jumping around at their Lexington show last week would confirm!