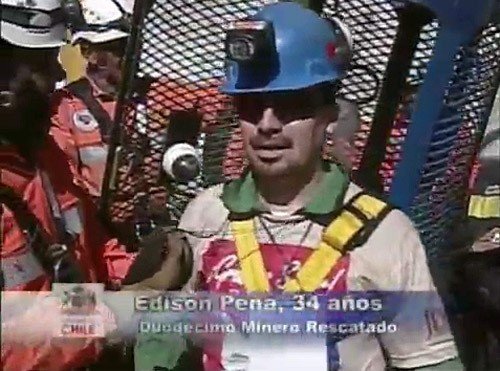 Elvis fan for many years, Pena was truly caught in a trap, and couldn’t walk out (lyrics to Elvis Presley’s famous song) and is invited to be celebrated in majestic style as only the Entertainment Capitol of the world can do.

Elvis Entertainment Inc. is offering a star studded welcome from the Official Elvis of Las Vegas (Jesse Garon), fabulous showgirls, 5-star accommodations, show tickets to the top acts, buffets, and of course a renewal of vows with the King under the famous Welcome to Las Vegas sign in a 1955 Pink Cadillac. 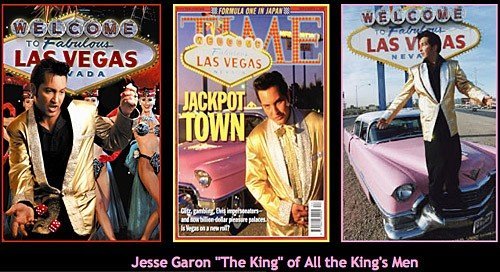 Jesse Garon, the Official Elvis of Las Vegas, was so moved to tears by the determination of the Chilean miners in their success at beating death that he wanted to show them Las Vegas as only the King can.

“How those men survived is nothing less than miraculous,” said Mr. Garon. He continued with, “All of the Elvis community and fans everywhere bonded together and have been inspired by the miner trapped underground since first hearing about the fan of the King on Facebook.”

Garon and many other Elvis fans are filled with admiration and love for these men, but especially fond of their Elvis brother who also loves the King.

Pena used music and movies of the King including the 1960s Elvis movie Viva Las Vegas and Jailhouse Rock to pass the time and keep up the spirits of all the miners trapped underground.

Mr. Garon extending the invitation by saying, “These men deserve the best.” The king inspired Garon to give generously out of his own pocket and to pay for this once in a lifetime event for the trapped miner and his wife.

Las Vegas stands ready to shower the couple along with a first class, dazzling visit to the bright light city. Viva Las Chile!