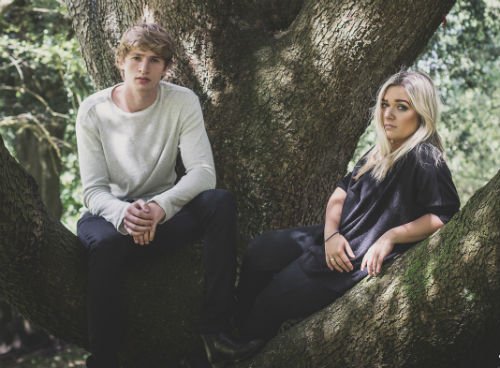 We met whilst both studying Extended Diploma in Music in College!

Why did you decide to form a band?

It wasn’t planned actually. We got paired up for a class project to sing a duet together. We then thought “actually this is sounding quite good”. We started staying late after college to mess around with some covers and gave them a go at a few open mic nights. The feedback and response we had was just insane. We then thought there could actually be a market for this.. we could really make a go of it!

Luke is massively influence by THE BOSS Bruce Springsteen. His drive and passion really comes across on stage and his music and lyrics are always from past experiences which makes everything mean so much more.

Jessie is obsessed with Stevie Nicks! She is a massive Fleetwood Mac fan but Stevie in particular. The way she takes a bad situation and writes a hit song out of it. When she performs everyone is just in awe of her, she is so mesmerising to listen to and look at.

What’s the best thing about being a duo?

We think that the best thing about being a duo is the fact that we have someone to experience this whole industry with. We have a massive connection which kind of came out of nowhere. Everything with us is extremely natural and 9 times out of 10 one of us is thinking what the other one is about it say.. it actually gets freaky sometimes! We are always joined at the hip anyway – even if we’re not working and gigging. To go through something as intense and as hard as this whole experience is with someone you really care about is the best thing in the world. It also helps if one of us messes up on stage then the other one can swoop in and cover without anyone noticing! Ha ha! 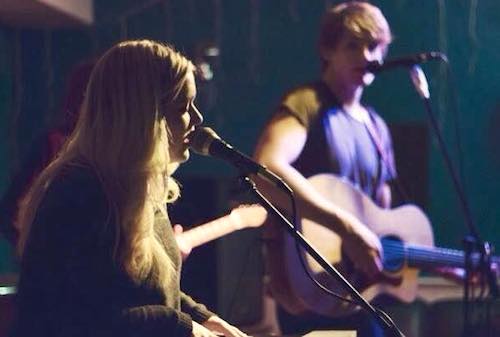 Name some of your favourite duos and why they’re so great?

Obviously for us, the one we look up to the most is Buckingham/Nicks. The fact that they were a couple then got into the industry together and broke up but still worked together just baffles us. The raw emotion, passion and chemistry comes across in every song they write. Whether its a love or a hate song against the other. Everything is there in front of you – they don’t hide what they’re feeling – they bring it out in their lyrics and performances.

A massive influence to us has also been the fantastic The Civil Wars. We look up to them a lot because of their chemistry on stage. There is always that question ‘Are they together?’ (which we know they aren’t) but the way they look at each other constantly through a song and their movents just almost hypnotises you and puts you in a trance.

Tell us about your next single – what’s it called and what’s it about?

Our next single ‘Stay’ was written when Luke was 16. The song is about a break up and the devastation of having the most important person to you at the time leave. Its a song almost begging for that person to stay with you. This song has had a lot of blood sweat and tears go into it over the years, but we genuinely think we’ve made something magical. Its so personal to us – but also can relate to almost every broken hearted teenager out there.

When and where can we see you guys live?

We have just signed with our fabulous new booking agent Swb Artists. Bookings for 14/15 are very much underway and all confirmed dates will be plastered all over our website and other social media.

We are currently just starting a Schools Tour. We’re going out to the majority of secondary schools in South Wales performing for the pupils and telling them our story – so we may be coming to yours!

We have a support slot with the gorgeous Leddra Chapman on November 6th in Buffalo Bar, Cardiff.

What are your plans after the single?

Straight after the single our next EP ‘Brother’ is getting released. We are going to have a massive EP Launch somewhere in Cardiff (TBC) and it will then be on sale from the 10th November!

Finally, if you could collaborate with any current artist, who would it be and why?

We’d love to collar with someone like Ben Howard or Foy Vance. Both outstanding talented musicians – but their lyrics real stand out to us. We are very lyrically based so would be great to write with someone who feels the same.