By Paul Rolston
OSCAR and two time Golden Globe nominee Kite Runner will be released on DVD June 2, 2008.
The film, based on the best-selling novel of the same name by Khaled HosseiniÃ¢s, is a multifaceted story that deals with friendship, family, betrayal and redemption. 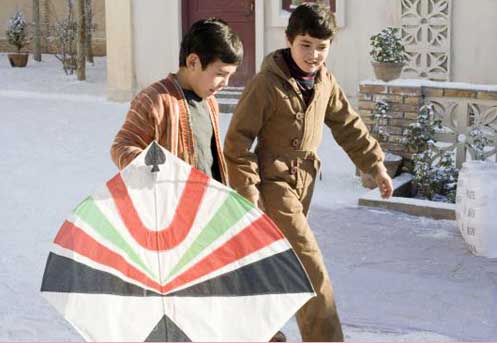 Directed by Marc Forster The Kite Runner has received widespread acclaim and is recognised by varoius nominations in prestigious film categories.
The film spans over several decades and is set aginst the backdrop of firstly the Soviet invasion of Afghanistan and then the rising of the Taliban. The story discussees the breakup of a friendship between two young boys and how the consequences of this separation has impacted their futures.
Director Forster brings to life Khaled HosseiniÃ¢s bestseller with a globally diverse cast and crew, mixing non actors from Afghanistan and Central Asia with an international cast.
The Kite Runner is a powerfully gripping story that holds the viewer with its combination of suspense and raw intensity, touched with sensitivity.
Kite Runner is available on DVD from June 2.