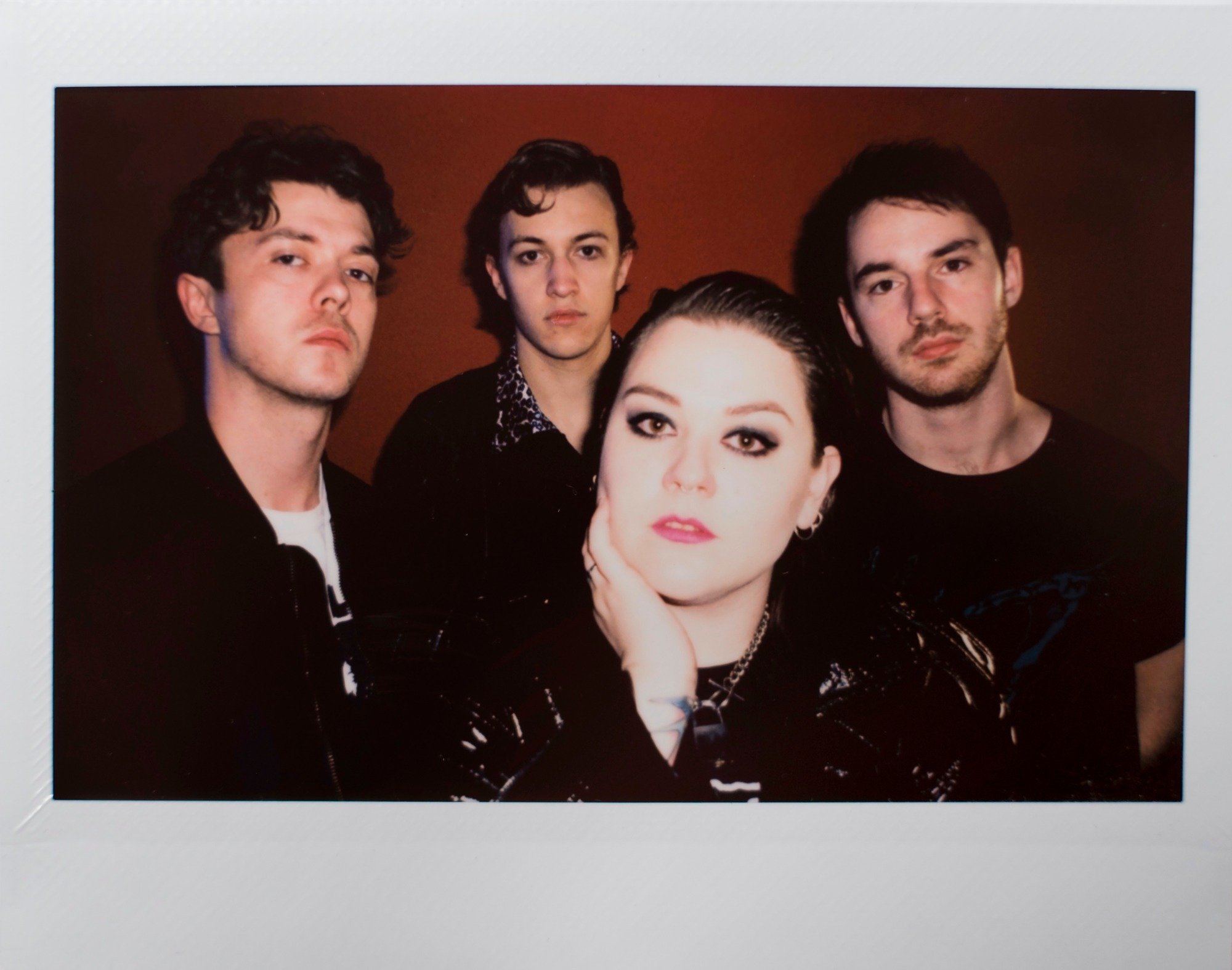 Hi Rebecca how are you today?

I’m good, thanx ! A lot of really cool stuff going on at the moment. Doing interviews today and working on the cover art for my next single release right now.

Yes. A lot of microphone hairbrushes, mirror concerts and imaginary wind machine moments went down in my childhood bedroom. I use to imitate all the huge pop star diva’s growing up. I was quite introvert a child and my ghettoblaster was my best friend. I surrounded myself with big dreams about being a singer. The journey on my way here just kinda happened naturally, I saw myself not wanting to do anything else and here I am.

Tell us about your single ‘Bitch U Look Good’.

‘Bitch U look’ good is about feeling hot AF, no matter the skin you’re in.

I actually wrote the song with my former co-write partner Lasse Hansen some time ago and the band and I recorded it in december at Ballade Studios. It think the song has some really nice elements of punk, rock and pop vibes. And the message of the song clearly speaks very powerful, so really happy that it became the first single release from my the upcoming EP.

The lyrics contain very pertinent themes regarding body ideals. What is your personal experience of this subject?

I got really sick and tired about the prescriptive body ideals in society. I’t messes with your head and its poison. I’ve delt a lot with my own body image in the past, and realised that other people felt the need to comment on my body. It really broke me down and it kinda fucked with my own sense of worth. I think its ultimately important to be caring and kind to yourself. Its kinda in my daily rutine now, you know, to be kind to myself everyday.But that can be hard when people would comment on my body and tell me I would be prettier if I was thinner og If I had an eating disorder. Just shows to tell how how society has brainwashed a whole generation to think they have to live up to some kind of ideal. You begin to wonder if its true. BUT ITS NOT ! Its toxic. Love your self instead, it feels much better, trust me. I

Yes ! I come from the danish country side, with not much to do really but there was actually a quite active music scene in my town. I had some friends that dropped out of high school to play music full time and a few weeks later i joined them. Best thing I ever did for myself !

Are there any bands from the Danish music scene you would recommend to our listeners?

We were on tour with the danish rock band Velvet Volume in october/november 2017, there really cool and have a great energy and cool vibe, totally worth checking out. I’m also listning a lot to a band called Alcabean at the moment. Their new single “Still Remember” is one of the best danish rock songs released in 2018 so far in my opinion.

Going on tour with the Ramones maybe ? Haha just thinking about it, makes me fall into a sweet daydream. I’m there already.

Very energetic, intense and honest. I strive go give the audience a new experience every time and thats a real cool part of the journey for me as a musician. Invest in the moment and let everything else go. Let the music swallow you !

What can we expect from Rebecca Lou throughout the rest of 2018?

I am releasing my debut EP in 2018, but I hold o for the release date, it’s on its way. Also I’ll be performing at the danish showcase festival SPOT and have a few more gigs in the calendar as well. So much cool stuff!