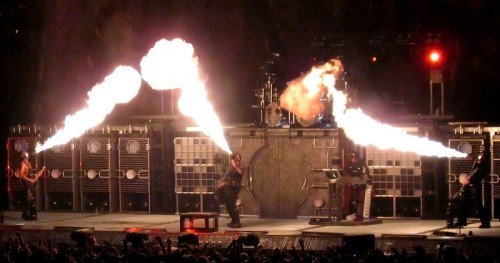 German metal gods Rammstein made a rare trip to Ireland this week as part of their ‘Made in Germany 1995-2011’ tour.

Playing to a packed O2 Arena in Dublin the band were on fine form and your reviewer was there to catch every moment of what was undoubtedly one of the most intense and in your face shows I and my friends have ever seen.
Having ransacked venue across Europe (and further afield) for 16 years the mighty outfit are a sight to behold, I had heard about their awesome live shows, but to witness them in person highlighted just how much a band can do on stage if they want to. 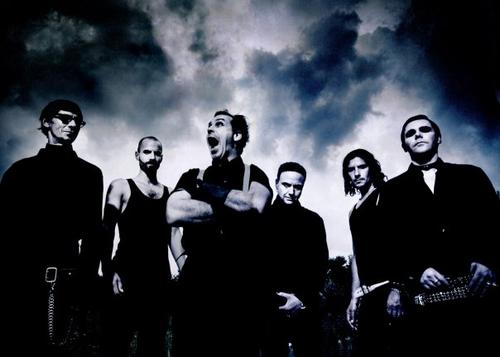 So what can you expect from a band that sing in German and don’t really speak to the crowd?

Well firstly don’t let the German language be a barrier for starters, the band’s music is very accessible and you pick up the lyrics very easily indeed.

Throughout this almost two hour set (including two encores) lead singer Till Lindemann and company showcased just how far you can stretch venue capabilities to host huge pyrotechnic displays, fire-based stunts, rockets, flamethrowers and the set-ending cannon of foam (well we hoped it was foam!).

A nice touch was the descending bridge which allowed the band to come into the seated crowd.

Here they performed on a small stage, leaving the flames etc. behind and simply playing the songs, which was a nice refreshing break in proceedings before they hit the main stage again, to finish things off in style.

Rammstein are certainly showmen, they have fun on stage, the band seem to banter each other repeatedly and their silver suited keyboardist (who spent the majority of the show playing whilst walking on a series of treadmills) took the most of this abuse, his inflatable dinghy crowd surf was a huge hit too.

Who says the German’s lack a sense of humour, there were most definitely comedy elements throughout this rousing set. We also got a nice trip through the bands back catalogue, all of which went down a treat.

Support band Deathstars opened the show with their brand of industrial/Goth metal. Their sound went down well with the fist-pumping crowd. 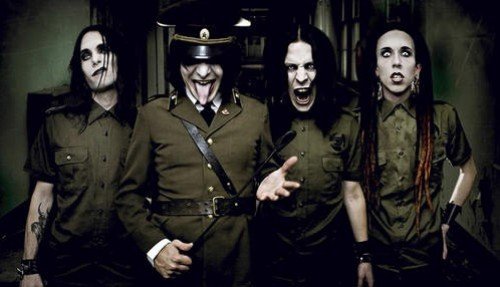 But it did appear to be slightly samey at times, with a few songs pretty much running into each other.

An enthusiastic and energetic bunch the Deathstars boys did hold court well though and that is perhaps the reason this Scandinavian collective have been chosen to open for Rammstein, they have a great level of confidence and a decent back catalogue to wade through.

There’s no act that could outdo the Germans in my opinion, but these guys did give this warm-up spot their best shot.

All in all this was a long trip worth making, it’s rare to leave a concert with the sense that you’ve just seen something monumental, but this February night in Dublin thousands of like-minded souls all left feeling the same.

They may be ‘Made in Germany’ but their music is made for everybody, roll on a return visit to Ireland by Rammstein soon.