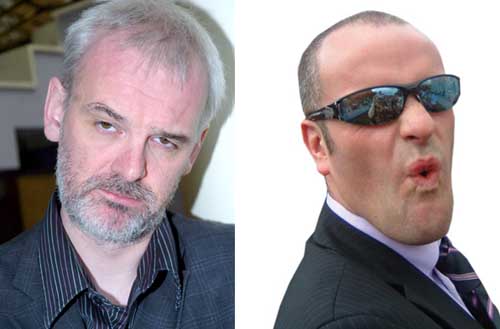 Belfast comedian and actor Tim McGarry will take to the stage at the Limelight in Belfast for a charity fundraiser for Concern Fast Friends. A regular supporter to Concern Worldwide, Tim will be going back to the core of his craft with a stand up set as the headline act at â€˜Stand up for Concernâ€™ comedy night on Sunday 21st October.

â€˜Hungry to raise some dough?â€™ is the strapline for this years Concern Fast Friends campaign and the ticket price of just Â£8 goes towards helping end hunger in 28 of the worlds poorest countries. â€œConcern Fast Friends campaign is Concernâ€™s biggest fundraising campaign in Northern Ireland and itâ€™s all about raising money with your friends and familyâ€, notes Siobhan Hanley, Concern fundraising development manager. â€œThis event is a fantastic way for people to combine a great night of comedy with the feel-good factor of knowing that the money you are spending is going to help end hunger in the developing worldâ€

Supporting act is up-and-coming Galway comedian John Donnellan, a rising star on the Dublin stand up scene. With a comedy career less than a year old, audiences throughout Ireland have fallen for his self depreciating Irish charm whoâ€™s taken his parentâ€™s warning â€˜Youâ€™re only fooling yourselfâ€™ and somehow turned it into a way of life. The comic represented Ireland at the prestigious ‘So you think you’re funny’ competition in Edinburgh last August.

Also on the bill is The 15 Second Film Festival, which will be showcasing some of the best breakthrough, as well and established, film talent in Ireland and some of them are damn funny too!

A joke competition will allow any would-be comedians in the audience to test their wit against the professionals and maybe win themselves a prize. Doors open at 8pm and tickets cost Â£8 available on the door or by contacting Siobhan at Concern Worldwide on 02890331100