The Migrant’s frontman Bjarke Bendtsen brings his psychedelic folk soundscapes into electronic folk-rock realm, with his new project Rainbrother. From the debut album ‘Tales From The Drought’ out on 3rd February 2017 via General Bird, this is the artfully frenzy alt-rock gem ‘Break Out’.

Hi Rainbrother! How are you doing?

Hi! Not too bad! Went dancing in Copenhagen last night so a little hungover and worn out, but in a good way.

Tell us a bit about your new album ‘Tales From the Drought’?

It was recorded in a little wooden studio here in Copenhagen. There are songs about enduring jugglers, mocking crows and fat eggs. Noah Georgeson who has worked with Devendra Banhart and The Strokes has mixed it, we love what he’s done.

What makes Rainbrother different from your previous project The Migrant?

The Migrant was Bjarke’s solo project that he’d originally used as an excuse to travel the world. When playing in Europe Bjarke played with a pack of Danes and when playing in the US he was backed by musicians from Austin, Texas. Now settled in Copenhagen it made sense to start a proper band. 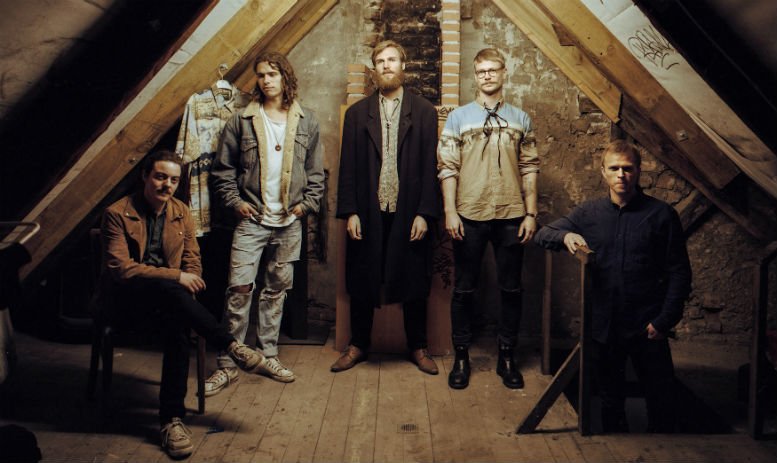 What’s the music scene like in Denmark? Any bands you’d recommend?

There’s a lot going on. Seems like everyone’s in a band… We can recommend two great new Copenhagen bands: The Entrepreneurs and Palace Winter. They’re both amazing live.

You’re playing SXSW next year which is awesome! Any other shows coming up?

Yes! We’ll be playing shows in Denmark and the UK in February. In the UK we got these shows confirmed so far:
Wed 22 Feb – London – Paper Dress Vintage
Thu 23 Feb – Manchester – Castle Hotel
Fri 24 Feb – Glasgow – The Glad Cafe

Play a bunch of shows and maybe record a new album. We’d like to eat more insects and burgers, too.