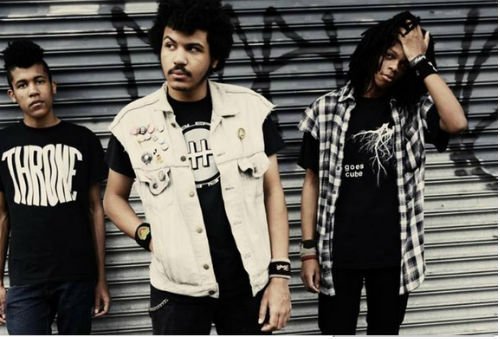 Radkey, talented trio of brothers from Missouri mid-west America, return with their new EP ‘Devil Fruit’, a powerfull four track release of stomping, anthemic strutting punk n’roll at its best. With this new EP Radkey have seriously cranked up a gear or more.

Lead track ‘Romance Dawn’ is a rush of energy with a melodic hook that go straight into your brain. ‘Little Man’ is their strong personal way to tell their mother’s father what they really think of him: “He was an all round bad father and grandfather,” reveals vocalist Dee Radke.” He never showed one shred of support.”

On the remaining two tracks Dee explains: “‘Start Freaking Out’ is a song about cutting loose and not worrying about what people think about you and ‘Overwhelmed’ is about a guy that’s been through so much that he suddenly doesn’t care anymore”. 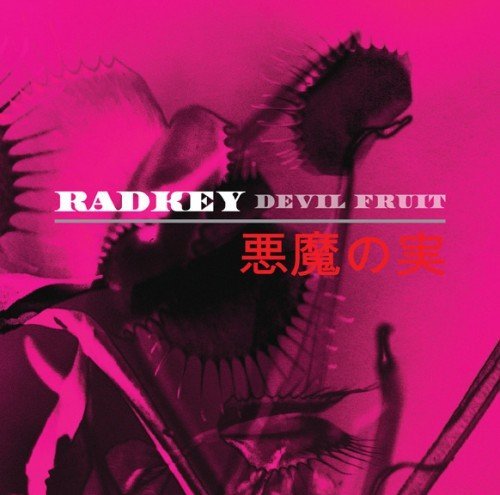 Radkey are Dee Radke – guitar/vocals. He is into learning to read and write Japanese, watching anime and enjoys books by Stephen King, Michael Crichton and Edgar Rice Burroughs.

Isaiah Radke – bass/vocals: Isaiah is the middle brother and watches a shit ton of movie. Some of his favourite directors include Guy Ritchie, Robert Rodriguez and Wes Anderson. He reads comic books, manga and fiction by J.R.R Tolkien, George R.R. Martin and C.S. Lewis.

Solomon Radke – drums: The drummer and youngest brother has burned hundreds of hours playing Halo, Mario 64 and several other video games. He can’t get enough spicy food and comic books and anime are high on his list as well as the movies of Edgar Wright.