Radio 1 superstar Dave Pearce brings his Dance Anthems showpiece to Clubland, Cookstown, on Saturday 1st November for what promises to be a night of ghoulish fun and epic trance! One of the most loved names on the DJ circuit, Pearce has entertained millions across the globe with his weekend anthems show on BBC Radio 1 for the past decade.He has sold over one million compilation albums in the UK alone as well as hosting television shows, compiling award winning movie soundtracks, presenting radio shows on both sides of the Atlantic and creating one of the UK’s most successful record labels; NuLife. 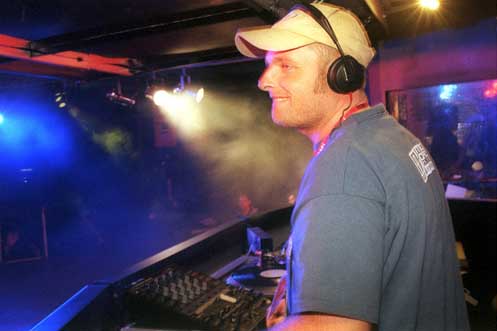 Pearce has played at some of the most stunning venues in the world, including clubs across Europe, USA, Australia and Asia.

And every summer he packs out night spots across the Balearic Islands from Eden in Ibiza to Tramps in Tenerife and BCM in Majorca.

Now you can catch the cap-loving ‘voice of trance’ right here in Northern Ireland as he takes control of the decks in Clubland to spearhead one of the biggest Halloween parties around!

Clubland will be turned in to a living graveyard as ghostly figures, zombies, werewolves and vampires enjoy their yearly awakening and dance to some of the most euphoric sounds in electronic music today.

Expect hands-in-the-air trance and classics like Paul van Dyk’s ‘For an Angel’, Delerium’s ‘Silence’ and Motorcycle’s ‘As the Rush Comes’ as Pearce takes the Clubland faithful on a journey through some of the best trance tracks of all time!

Doors open at 9pm with support coming from DJ Mog and numerous prizes for the best fancy dress on the night, including tickets to Planetlove’s Winter Party in the King’s Hall on Boxing Night.

Fancy dress is optional but dress to impress and be in with a chance of winning a prize.

It is going to be a spooky 1st November!