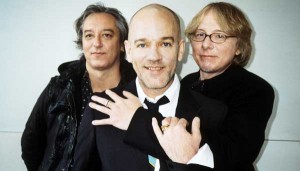 â€œR.E.M. Live at the Olympiaâ€ is a two-CD set featuring 39 songs from their acclaimed 2007 working rehearsals in Dublin, Ireland.

This live album was produced by Dublin native Jacknife Lee who, along with R.E.M., co-produced Accelerate, the album which emerged from these shows. â€œR.E.M. Live At The Olympiaâ€ gives fans an opportunity to hear those songs at their earliest stages of development. In addition to the new material, the band also served up twenty-nine other songs, spanning their entire career, all of which can be found on this album. 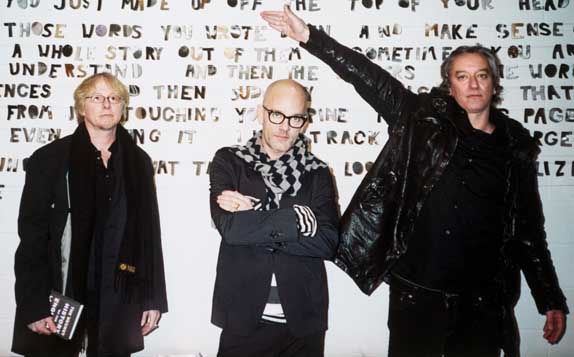 ‘We were just trying to something we hadn’t done before’ said guitarist Peter Buck ‘which meant there was no relaxing during the set. Every second we were playing something we didn’t know all that well. Which was kind of good . . . there was all kinds of terror elements going on during those shows’

The album will be released across various formats – 2CD / 2CD&DVD & 4 LP Set and will also be available for download.

The special edition 2 CD & DVD set will contain a film of the Dublin shows by Vincent Moon and Jeremiah, who previously worked with R.E.M. on Ninetynights, Six Days and the Supernatural Superserious Video. The film ‘R.E.M. This Is Not A Show.’ will be screened as part of the Darklight Festival this Friday 9th October at the Lighthouse cinema.

A special website was created to celebrate the shows and is being updated with audio from the shows: www.remdublin.com