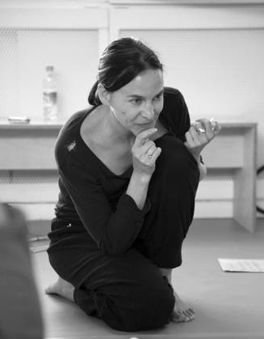    R Space Gallery in Lisburn presents an exhibition of work by International artist, jeweller and choreographer ­Sarah Warsop. The exhibition will feature hand­crafted jewellery, drawings and an installation of her atmospheric 2009 film ‘Lying in Wait’ with collaborator Idris Khan.

Each piece of her jewellery is designed directly from a sliver of movement she has choreographed and performed. Mapping the chosen movement using a dynamic drawing process, the essence of the movement is captured onto the page.

From these drawings Sarah works directly into precious metals to maintain a sense of the original rhythms, direction, speed and flow within the final object.The pieces are then returned to the body as wearable jewellery.

Drawing Moves to Making 15 March – 12 April 2014 at R-Space Gallery CIC Lisburn…why we should be there and… What’s the idea behind your atmospheric film ‘Lying in Wait’in collaboration with Idris Khan?

Collaboration for me is about finding a meeting point of, in this case, two peoples work and working methods, creating something which could only be made together. Idris and I both have a fascination with time, fragmentation, repetition, detail.

We knew our final work would be an investigation of movement through film. 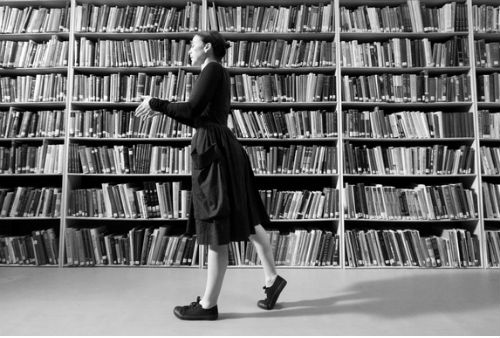 Making this film I continued to develop my own coding and notation systems to create movement material. I collected words and text related to space and time and used them to trigger choreographic ideas.

The choreography became tied to these words which I played in my head and let influence the performance of the movement, the emphasis of the words having a direct affect. The short phrases of action were filmed many times and when layered, the human variations in timing, dynamic and quality, are revealed.

Lying in Wait is formed of layered images which in its original form, travel between three life size projections. Viewers can move around the space and become aware of their own body’s interaction with the screens and the projected figure. At R-Space gallery it’s shown in its one screen version. 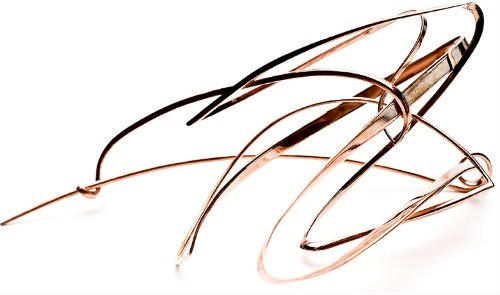 What inspired you to mix dance, rhythm and jewellery?

Even before I started to make jewellery, part of my dance and choreographic work was concerned with how we enable other people to look at and see movement. When I began to make objects I wanted to see if I could carry all this experience with me and capture movement, in all its complexities of rhythm and dynamic, within a piece of jewellery. I want each piece to carry an essence of the movement from which it originated.

What was your first reaction and thoughts when you became the first jeweller in residence at the British Library?

For anyone who enjoys research and process, The British Library is a treasure trove. My first reaction was disbelief, closely followed by joy and then when I wandered how I could ever make the best of an opportunity like this, slight bewilderment. It’s a little bit like being given the keys to a sweetshop and having to stay focused.

Luckily the idea I had for the residency kept me on track and focused for the six months duration, and everyone who works there was really helpful, showing me how the system works and steering me to potentially useful material.

I ended up looking at original graphic music scores and listening to their obscure musical interpretations, it was a wonderful residence. 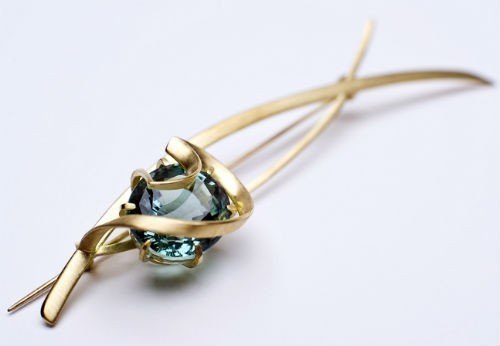 How has your work evolved since your BA (Dance) from the Laban Centre for Movement and Dance, and an MA Design (Jewellery) from Central St Martins?

There’s a span of 21 years between leaving the Laban Centre and beginning an MA at St Martins. I barely recognise that young person who left Laban. My work then was about becoming a strong and versatile dancer, able to physically express the ideas of various choreographers. By the time I went to St Martins I had much more creative autonomy, and my work was about using my movement experience to research ideas whether they ended up as dance or not.

Whether it’s in the dance studio or on my workbench I think I’ve always had a dogged determination and a stubbornness which keeps me turning up day after day in the hope that I’ll eventually make something worth considering. At the same time I’ve always tried to maintain a healthy dose of naivety, essential if you’re stumbling forwards with no guarantees.

Luckily there have always been a handful of people who have been incredibly supportive. As dancer there have been teachers and choreographers who understood and encouraged me and more recently people working across mediums in craft, art and dance, who have offered support often without knowing how helpful they’re being. 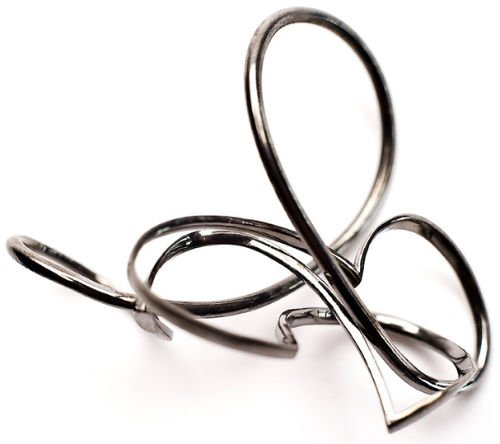 What has been the hardest part of being in the art and dance world for you?

I think it’s something that a lot of people find hard – I get my head down and work, but then also have to make sure that people know I’m here and I’m not particularly good at promoting my own work. So it’s all the stuff you have to be good at around the thing you’re supposed to be good at – writing, marketing, selling, networking… The lack of security is tricky sometimes too.

Last year I became a Queen Elizabeth Scholarship Trust scholar, which enabled me to attend a week of metal working master classes in Tuscany. I’m hoping to go back to the same place for a month of research on the Etruscans and their making processes, using my own processes of dance, drawing and object making.

I would also like to make a new collection of jewellery this year, so I hope I can find the resources to do that too.