THE far from angelic Quireboys are returning to the airwaves in July with some classic rock, rather than a heavenly chorus. Born out of Londonâ€™s Soho scene three decades ago, the leather-clad band are back with a new album, Homewreckers and Heartbreakers, released on 7th July. Their single, Love This Dirty Town, is available for download now.


In their 1980s heyday The Quireboys were managed by X Factor queen Sharon Osbourne and supported the likes of the Rolling Stones. They produced hits including 7 Oâ€™Clock and There She Goes Again.

The advent of grunge led to their temporary disappearance from the music scene. However they returned in 1999, reforming well before it became the in thing for UK bands to do. 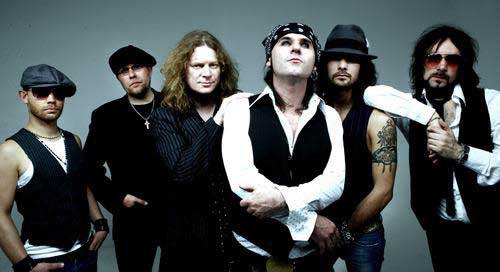 Three original members, including lead singer Spike, recruited three new rockers and basically continued from where The Quireboys had left off in 1993.

Sleaze infused rock albums This is Rock and Roll, and Well Oiled followed this reunion. Homewreckers and Heartbreakers will add another notch to their musical leather belt.

To promote their latest offering, the band are embarking on a May/June tour across the UK, including a May 21 gig in Belfastâ€™s own The Spring and Airbrake.
myspace.com/thequireboys